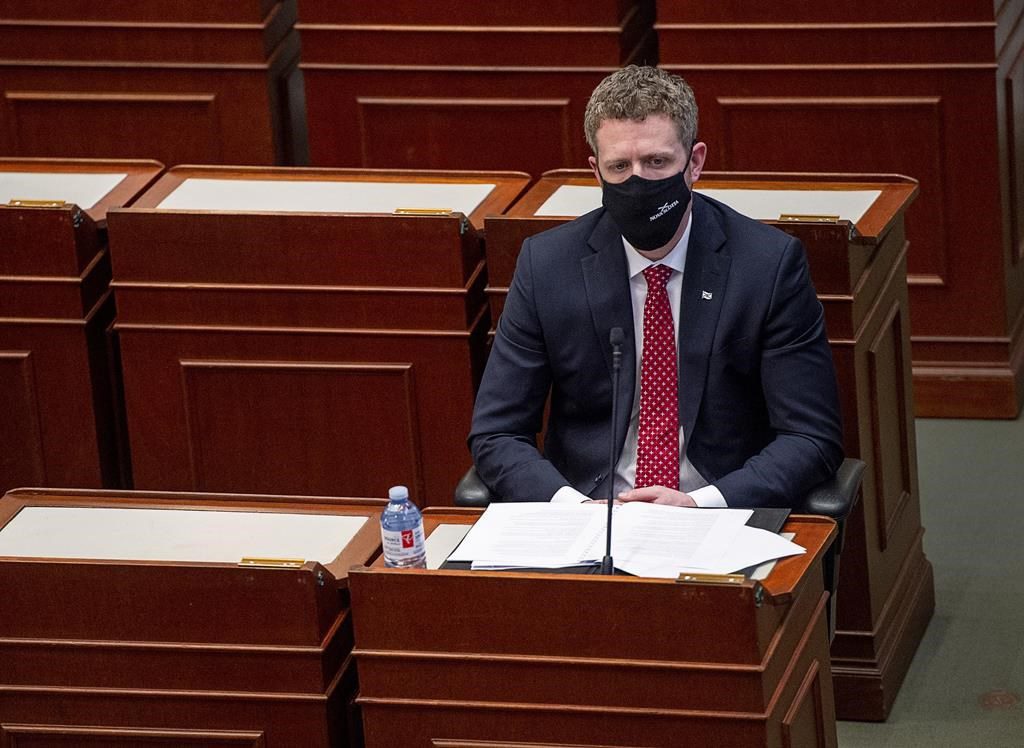 HALIFAX â€” Nova Scotia is restricting all non-essential travel from most of Canada for the next month because of the high number of COVID-19 cases across the country.

The move also means another delay in the reopening of the Atlantic travel bubble, which had been scheduled for April 19 but was recently pushed back to May 3.

“That’s clearly not going to happen with that (reopening) falling within the four-week period,” Premier Iain Rankin told reporters Tuesday.

Rankin announced that starting Thursday at 8 a.m., people from outside Nova Scotia, Prince Edward Island and Newfoundland and Labrador won’t be allowed to enter the province unless their travel is essential or they are permanent residents.

As well, the premier said Nova Scotians are being asked to stay inside the province unless they need to travel for work. Rankin said the restrictions are necessary because of the rise in travel-related COVID-19 cases in his province.

“We need to be flexible with our approach and that means this time we need to take a step back,” he said.

Nova Scotia reported nine new cases of COVID-19 on Tuesday, including three related to travel outside the Atlantic region. It now has 68 active reported infections and since Friday has identified 39 cases.

Chief medical officer of health Dr. Robert Strang expressed concern about a reported increase in travel by New Brunswickers into Nova Scotia, but he didn’t have figures.

“Everybody coming in, especially from other parts of the country, which have high rates of COVID-19, have a high risk of having the virus themselves,” Strang said. “We need to do this (restrictions) to avoid the third wave.”

People exempted from the travel rules include rotational workers, federally approved temporary foreign workers, post-secondary students coming to study in Nova Scotia or returning home to the province, as well as people travelling for legal proceedings.

The new restrictions also apply to anyone purchasing a home in the province, meaning those who close deals after April 21 can’t move until the travel rules are eased. “We need to stop the flow of people coming into the province for non-essential reasons, including moving here,” Strang said.

Strang also noted there are early signs of community spread of the virus in areas such as Halifax, Dartmouth, Lower Sackville and Lawrencetown, and he urged all members of the public to get tested as a precaution.

Meanwhile, Rankin said he had conversations with Prime Minister Justin Trudeau and Ontario Premier Doug Ford last weekend about what Nova Scotia can do to help that province’s severe COVID-19 outbreak.

Rankin confirmed his province will not be reallocating any portion of its vaccine allotment but said health officials are looking for what resources could be spared.

“I know we have ventilators available, but it’s a question of whether or not Ontario can use those,” he said.

Rankin said the province is considering a possible call-out to retired nurses for help, although he added there are no guarantees the province will be sending anything.