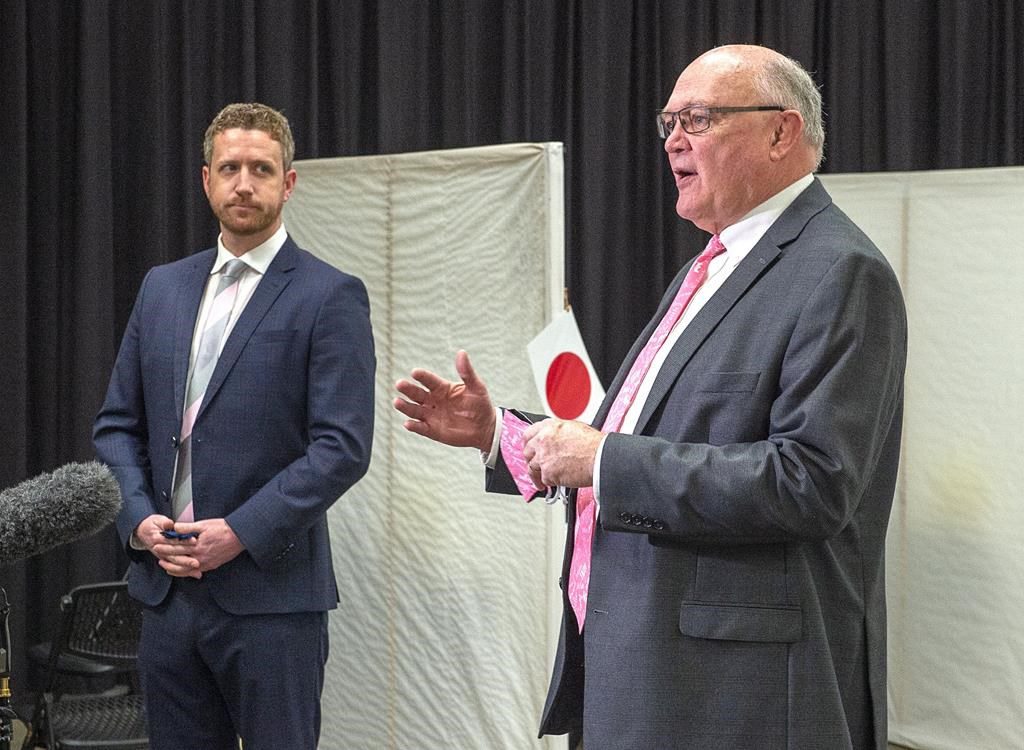 HALIFAX â€” Seven new cases of COVID-19 were reported in Nova Scotia on Sunday, bring the province’s total number of active infections to 49.

Health officials said four of the most recent cases were in the Halifax area, with two close contacts of previously reported cases, one related to international travel and the other under investigation.

The three other cases were in the eastern health zone and are related to travel outside of Atlantic Canada.

Officials said one of the close contact cases in the Halifax area involved a second staff member at Glasgow Hall, a long-term care home in Dartmouth.

As a precaution, officials said residents were being isolated and cared for in their rooms and the facility is closed to visitors and designated caregivers.

All residents have been tested and officials said testing was completed Saturday for all staff who are close contacts of the two employees who tested positive.

Meanwhile, a spokeswoman for Nova Scotia Health confirmed another health care worker in the Halifax area had recently tested positive for COVID-19.

In a brief interview Sunday, Wendy Walters said eight co-workers were also self isolating as a result of the positive finding.

She would not discuss any other details, including where the health care worker is employed, citing privacy concerns.

“The challenge of this case is that it is one (case) and the employee is protected under their personal health information,” said Walters.

Unrelated to the cases identified Sunday, officials confirmed the results of previous testing that identified 22 new variant cases, including the first case of the mutation first identified in Brazil.

Chief medical officer of health Dr. Robert Strang said while more cases have been confirmed as variants, it was a good sign that they are mainly linked to travel.

“We are detecting them through testing and containing them before they can spread widely within Nova Scotia,” Strang said in a news release. “This is another reminder why it’s important for people to not travel unless it’s absolutely necessary.”