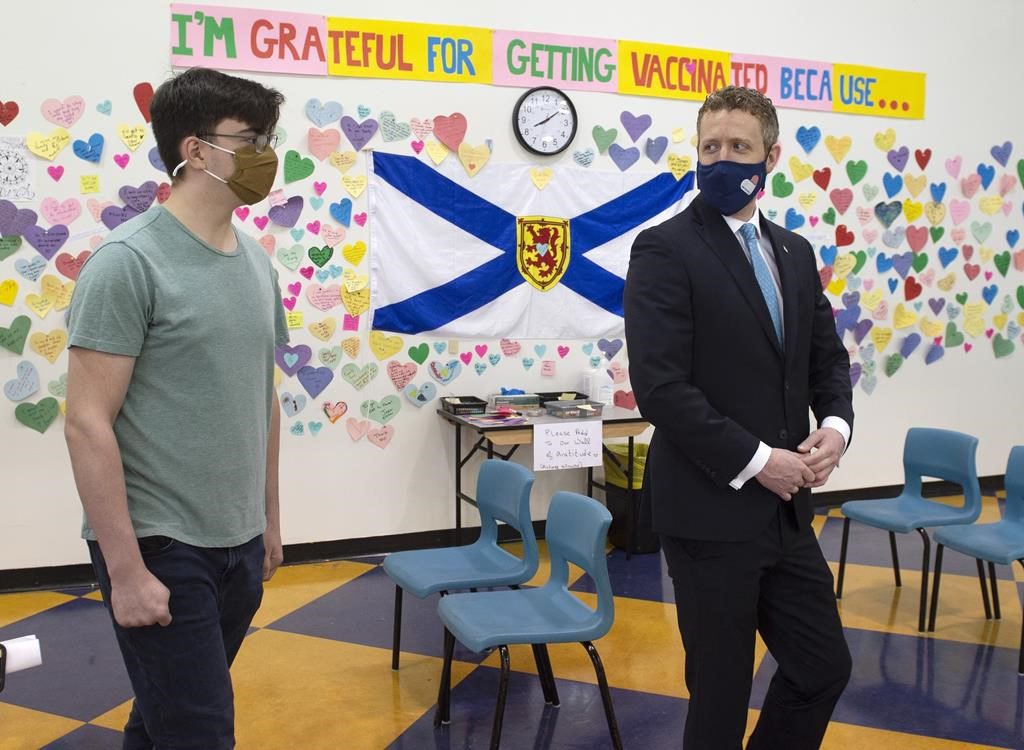 The province says people who received their first shot between March 11 and March 21 and are scheduled to receive their booster shot between June 24 and July 3 can now reschedule for earlier dates.

About 8,600 people received their first doses between those dates.

People will receive a notice to reschedule by email, while those who didn’t provide an email when they received their initial shot must call to reschedule or to request that an email address be added to their file.

When rescheduling the second dose, people can select a new date and time at any clinic across the province that has an available appointment.

Nova Scotia has set a target of getting at least 75 per cent of its population fully vaccinated.