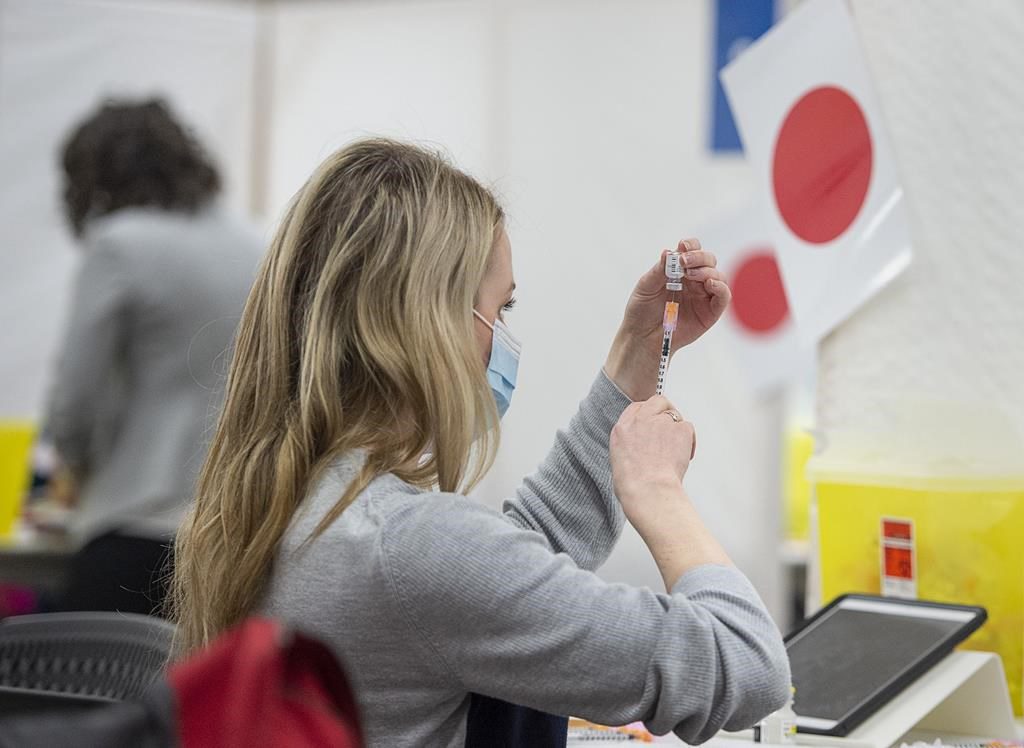 HALIFAX â€” Nova Scotia’s COVID-19 case count continued to climb Wednesday as the province announced 25 new infections one day after banning non-essential travel from most of the rest of Canada.

The province has identified 64 cases since last Friday and now has a total of 79 active infections.

The steady rise prompted Premier Iain Rankin to step in and cancel next month’s women’s world hockey championship slated for Halifax and Truro. It is the second year in a row the pandemic has scuttled the tournament.

The move came a day after chief medical officer of health Dr. Robert Strang defended the event as not posing a significant health risk to Nova Scotians.

“I sincerely regret the short notice, but the rapidly changing environment dictates this decision in the interest of the safety of Nova Scotians and participants,” Rankin said in a statement.

Nineteen of Wednesday’s cases were identified in the Halifax area, with four related to travel outside of Atlantic Canada, nine close contacts of previously reported cases, and six under investigation.

One of the cases under investigation is a staff member at the Ocean View Continuing Care Centre in Eastern Passage, where all residents are being isolated and cared for in their rooms as a precaution and the facility is closed to visitors and designated caregivers.

An investigation was also being conducted into a case connected to Joseph Giles Elementary school in Dartmouth. Officials said the school would remain closed to students who would learn from home until Tuesday while cleaning takes place.

Officials said three of the other cases were in the northern zone with one related to international travel and two under investigation. The remaining three were in the eastern zone, all linked to domestic travel outside Atlantic Canada.

“We are seeing a concerning rise in cases,” chief medical officer of health Dr. Robert Strang said in a news release. Strang reiterated that health officials are seeing early signs of community spread in and around Halifax.

“We’re asking residents of these areas to closely follow public health measures and go get tested for COVID-19,” he said.

The heightened concern comes as new figures indicate Nova Scotia’s COVID-19 vaccination program has picked up its pace after an admitted slow start.

Tracey Barbrick, the associate deputy minister for Nova Scotia’s vaccine strategy, said in an interview Wednesday the province administered 14,742 doses on Tuesday â€” the highest one-day total since the start of the campaign.

Barbrick said 23.6 per cent of people who are eligible for a shot had received at least one dose, just below the national average of about 25 per cent. “As of yesterday us and New Brunswick were tied with vaccinating at the fastest rate in the country,” she said.

But Nova Scotia is still roughly one week behind other provinces because it held back about 25,000 doses for booster shots before changing its strategy to a four-month interval between first and second doses.

Barbrick said the province also took time to develop a centralized booking system which meant it was “a little later out of the gate.”

She said a recent increase in supply of vaccine allowed the province to move from administering 11,000 doses the week of March 14 to an expected 65,000 doses this week.

And despite an interruption in the supply of the Moderna vaccine, Rankin has said the province remains on track to reach its goal of giving all Nova Scotians who want vaccine at least one shot by the end of June.

Barbrick said the Pfizer-BioNTech vaccine had been the only supply with any relative certainty, and it’s expected continued shipments of that vaccine would help the province reach its end-of-June target.

“Right now with Pfizer alone we are darn close,” said Barbrick. “If we get a little bit more of something else it might mean we can move even quicker.”

As of Wednesday, the province had also administered about half of its Oxford-AstraZeneca allotment of 60,000 vaccine doses for people aged 55-64.