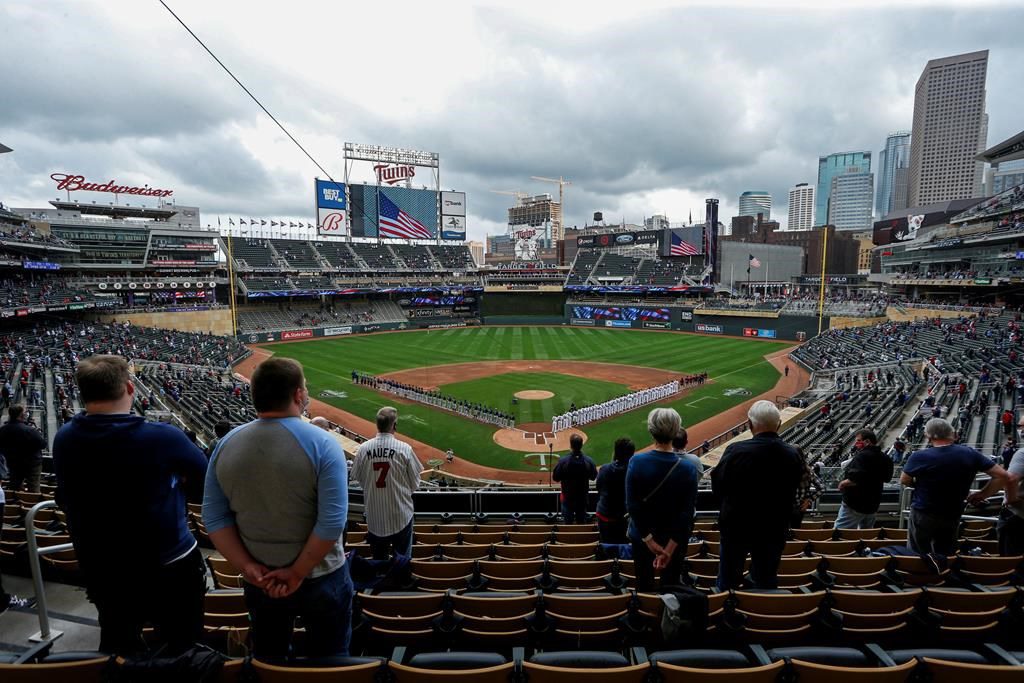 Canadians may be looking with envy at the United States as it lifts COVID-19 restrictions and distributes vaccinations, but experts say key indicators show there's no reason to covet our southern neighbour's pandemic response.

"The final chapter in the COVID-19 pandemic has not been written yet. This is still an evolving and highly dynamic changing story," said Nazeem Muhajarine, a professor of community health and epidemiology at the University of Saskatchewan.

In recent weeks, U.S. citizens have received vaccines en masse. President Joe Biden had set a goal of 100 million vaccines to be given during his first 100 days in office, but increased that to 200 million when the original target was met in half the time.

But Muhajarine said you cannot define success by that alone. The U.S., for most of the pandemic, has had significantly higher infection rates and continues to see many more people hospitalized and dying.

"There is nothing to be envious about with the pandemic indicators."

Areas across Canada have brought in tighter restrictions as the pandemic’s third wave, fuelled by more easily transmissible variants, has resulted in increased infections, hospitalizations and pressures on the health-care system. For the first time since COVID-19 took hold last spring, Canada last week averaged more confirmed cases per one million people than the U.S.

At the same time, images of Americans eating at restaurants, going to bars and seemingly returning to normal life have left many Canadians asking about our country's response.

The U.S. is in the midst of rolling out its mass vaccination plan. Most states are giving out doses with less rules about who has access and every state has committed to making all adults eligible by April 19.

Muhajarine said the big picture over the last week looks successful in the U.S., but it is still to be seen if the vaccine rollout proves to be equitable by targeting marginalized people who are at a higher risk of infection and a deadly outcome.

He said counties in the southern states have much lower vaccination rates despite having more vulnerable populations.

Vaccines are also just one part of the pandemic response, he said.

He pointed to Michigan, just south of Ontario, which is recording an average of 7,359 new cases a day. Ontario reported 4,736 new infections Thursday â€” a new COVID-19 record for the province, but still significantly less than its neighbour to the south.

The responses to surging rates of more infectious variants show a stark difference between the countries. Michigan's governor has said there will be no new public-health measures in that state, while Ontario is in a four-week lockdown.

Earlier this week, Alberta Premier Jason Kenney said people who want to follow the U.S. lead would need to be OK with accepting the deadly consequences.

"I ask those folks who are upset about restrictions: Would you … be willing to defend a COVID death rate five times higher than what we have experienced? I don’t think any reasonable Albertan would say yes in response to that.”

Cynthia Carr, an epidemiologist and founder of EPI Research in Winnipeg, said Canada's response is being led by science and best practices.

She said she would not be surprised to see variation among states in the next few months in terms of an increase in infections where restrictions were loosened but vaccinations were not evenly given out.

"We should not be envious of the United States and we should not emulate their public health approach to this pandemic," she said.

"The last couple weeks is not indicative of the overall experience in the U.S."

Carr cautioned that does not mean Canadians have a reason to let down their guard.

There have been significant hurdles in this country's vaccine rollout and delivery, she said. And Canada is one of the few countries in the world with three of the variants of concern spreading in communities.

She said Canada has been successful keeping more people safe throughout the pandemic by making difficult decisions through a more shared approach between politicians, scientists and the public.

As infections rise again, she said, those lessons cannot be forgotten.

"We have to fight even harder to get (case numbers) back down."

This report by The Canadian Press was first published April 16, 2021