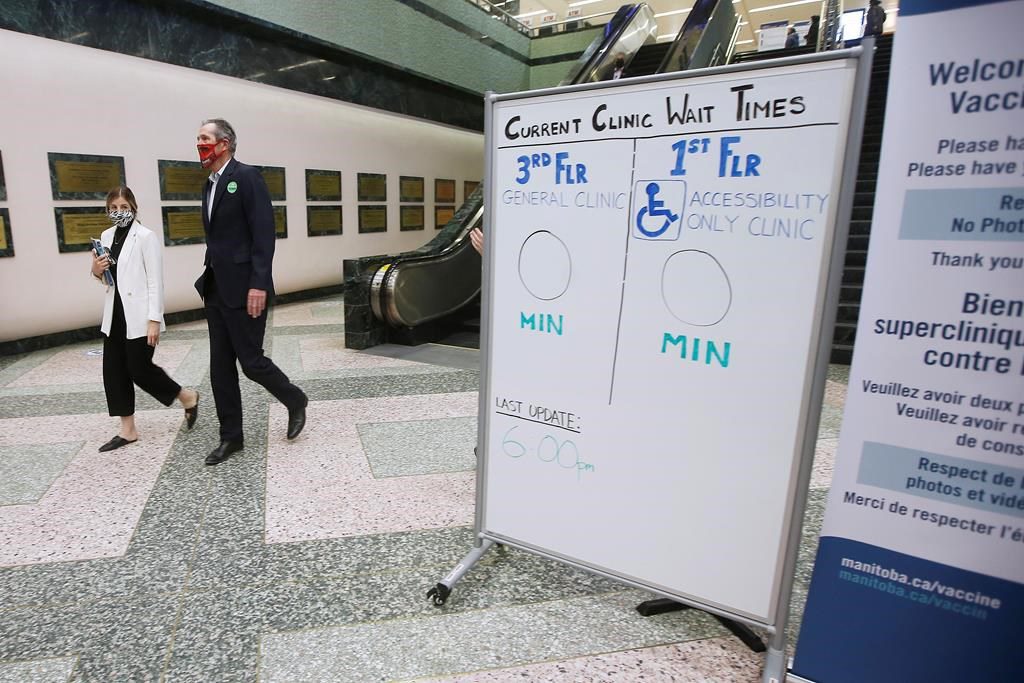 WINNIPEG â€” The Manitoba government is expanding its COVID-19 vaccination priority program to include all adults who live or work in the northern health region.

Adults who live in the Seven Oaks West neighbourhood in Winnipeg can also now get a shot, as can people who work there in certain public-facing jobs such as teachers, grocery store workers and child care staff.

Elsewhere in the province, the minimum age for vaccinations remains at 30 and up for First Nations people, and 40 and up for others.

Manitoba has seen its COVID-19 numbers rise in recent weeks and the government is scheduled to announce stricter public health measures today.