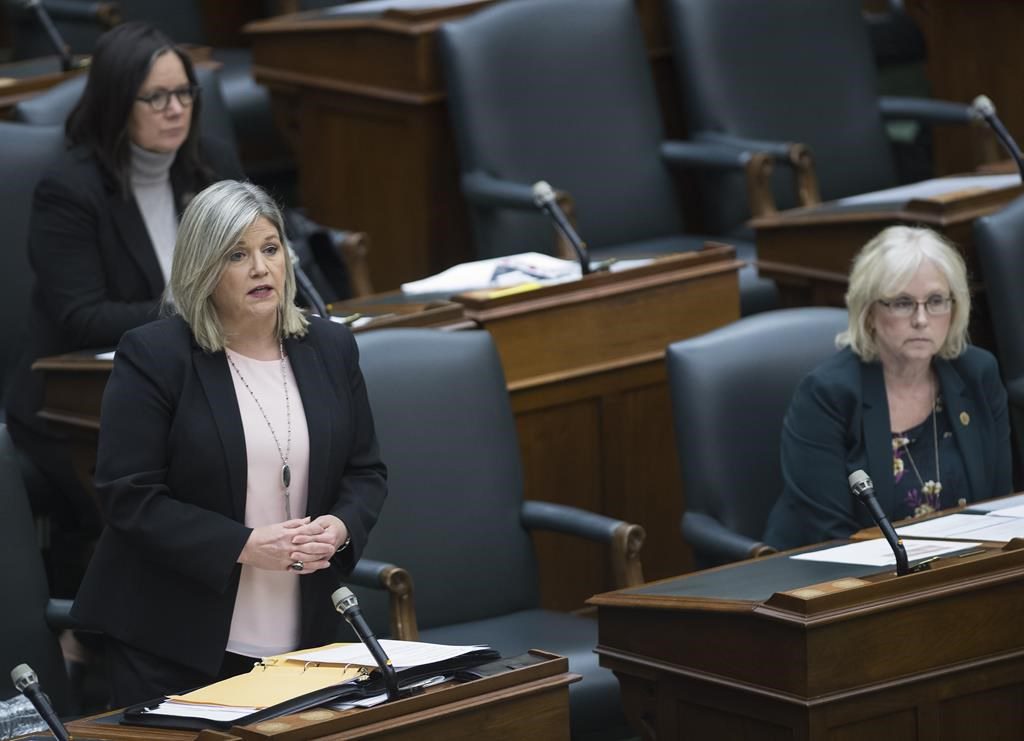 Prime Minister Justin Trudeau and several cabinet ministers promised to comb federal departments for available personnel who could be redeployed to the hard-hit province, as well as to cover the cost of flying in additional supports from other provinces.

There was no immediate word from Ford on Trudeau’s promise, but a spokeswoman for the province’s health minister issued a statement expressing gratitude for the offer.

The proposed federal aid comes two days after Ford issued a nationwide appeal for support for Ontario’s strained hospitals and other health-care resources.

Ford’s office did not respond to a request for comment on Sunday.

The federal aid offer, as well as mounting questions about the point of restrictions shuttering most outdoor recreational spaces across the province came as Ontario set more hospital admission records and intensive care units struggled to save a growing number of patients.

Health authorities reported 741 people in intensive care with COVID-19, with more than 500 needing ventilators to breathe. In all, 2,107 infected patients were in hospital.

The province also logged 4,250 new infections on Sunday, along with 18 new virus-related deaths.

Ford has already walked back some broader police powers enacted Friday as part of a suite of new measures meant to curb the surging third wave. He also said playgrounds could stay open, reversing another Friday-afternoon announcement.

Other outdoor recreational areas, such as soccer fields, picnic tables and golf courses, are still ordered to remain closed.

Critics of the measures seized on the lack of scientific evidence to denounce the emergency measures.

Dr. Isaac Bogoch, an infectious disease expert with the University Health Network, called the outdoor restrictions misguided and said people should be encouraged to be outside.

“We know there’s very little risk of catching COVID-19 in outdoor settings,” Bogoch said. “We may as well focus on areas where the virus is actually being transmitted, which is indoor venues, predominantly among essential workers that don’t have the luxury of locking down or staying at home.”

One fast-growing online petition that called on Ford to reopen golf courses and allow pickleball blew through its 10,000-signature target Sunday.

It’s a question of health, both physical and mental, said Mark Kalbfleisch, of Oshawa, Ont., who started the petition.

“The government proved by opening golf last year, and pickle ball and rowing and things you can do to get outside, that it can be done safely,” Kalbfleisch, himself an avid golfer, said in an interview. “I don’t recall any cases of COVID being transmitted through golf.”

Amid a barrage of criticism and after police said they would not use their new powers to stop drivers or pedestrians at random and ask why they weren’t at home, Ford changed the rules again on Saturday. Officers must now have grounds to suspect a violation of stay-at-home orders before being able to demand information.

One lawyer, however, said the change was not much of an improvement because police officers could broaden their inquiries of people suspected of a breach.

“Based on responses to these questions, the police may take the position that they now have grounds to conduct a further investigation into that individual,” Nader Hasan said Sunday. “This power is ripe for abuse, pretext searches, and racial profiling.”

Meanwhile, a political battle appeared to be brewing amid word the province had proposed to shut the legislature down as early as Wednesday.

Opposition parties accused Ford of trying to hide from the anger caused by the latest round of restrictions, as well as his unwillingness to legislate paid sick days for workers.

Opposition Leader Andrea Horwath said her New Democrats would not agree to any legislature shutdown until the Progressive Conservative government had reversed what she described as its “dangerous police-state orders” and replaced them with public health measures.

“We are not prepared to help Doug Ford go home, leaving a police state in place while he allows COVID-19 to run rampant,” Horwath said in a statement.

In response, government House leader Paul Calandra said the proposed closure was to protect legislature support staff from COVID-19, something he said could not be accomplished by a virtual sitting.

“The government presented options to adjourn the legislature to keep those who support elected officials safe,” Calandra said in a statement.

The legislature is currently scheduled to sit until June. Calandra said only that it would be in session this week.