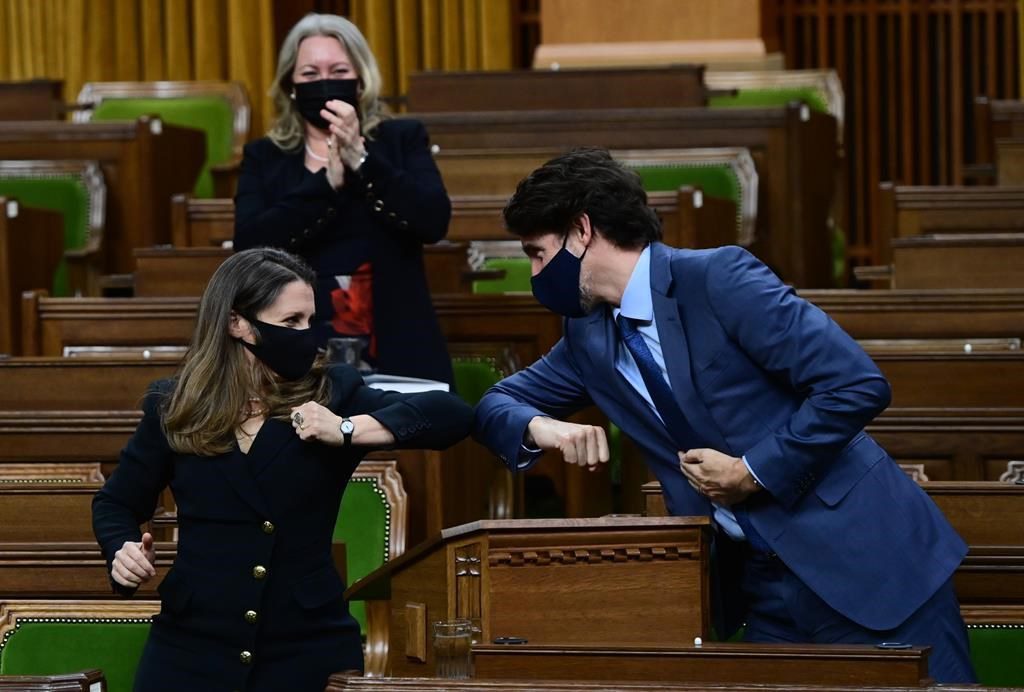 OTTAWA â€” With the help of the NDP, Justin Trudeau’s minority Liberal government has survived the last of three confidence votes on its massive budget.

The House of Commons approved Monday the government’s general budgetary policy by a vote of 178-157.

Liberals were joined by New Democrat MPs in voting for the budget, in accordance with NDP Leader Jagmeet Singh’s vow not to trigger an election in the midst of a deadly third wave of COVID-19.

Conservative, Bloc Quebecois and Green MPs voted against the budget.

Votes on the budget are considered confidence matters; had all opposition parties voted against it, the government would have fallen, plunging the country into an election.

The government survived two other confidence votes on the budget last week, on Conservative and Bloc Quebecois amendments to the budget motion.

The budget, introduced last week, commits just over $100 billion in new spending to stimulate the economic recovery, on top of an unprecedented, pandemic-induced deficit of $354 billion in the 2020-21 fiscal year.

The government must eventually introduce a budget implementation bill, which will also be a matter of confidence.

Prime Minister Trudeau last week insisted the big-spending budget is not a launching pad for an election. He would not rule out an election this year, noting that he leads a minority government and saying it will be “up to Parliament to decide when the election is.”

While that sounded like Trudeau doesn’t intend to pull the plug himself on his government, it didn’t preclude the possibility that the Liberals could try to orchestrate their defeat at the hands of opposition parties. Nor did it preclude the possibility that Trudeau could at some point claim that a dysfunctional minority Parliament requires him to seek a majority mandate.

Some Liberal insiders believe Trudeau may pull the plug this summer, provided that the pandemic is relatively under control and vaccines are rolling out smoothly.