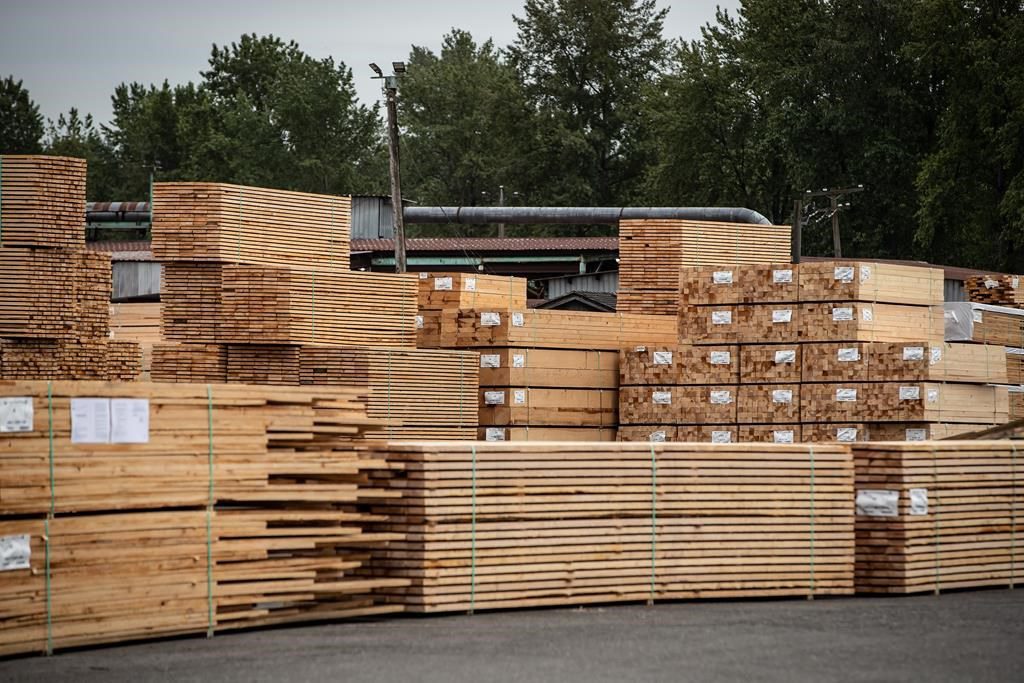 WASHINGTON — Canada’s international trade minister says she got no warning from her American counterpart before the United States proposed doubling its duties on Canadian softwood lumber.

The U.S. Commerce Department’s preliminary increase in softwood lumber duties to 18.32 per cent, up from 8.99 per cent, emerged three days later.

Because it’s a preliminary tariff rate, current cash deposit rates continue to apply until the finalized rates are published, likely in November.

The increase came with lumber prices in North America reaching new highs in May, fuelled largely by soaring demand for renovations among pandemic-trapped homeowners.

Those prices have been steadily declining in June, in part as vaccinations and waning fears about COVID-19 have helped to ease demand.

During Friday’s meeting of the international trade committee, Conservative MP Tracy Gray asked Ng whether Tai mentioned the coming increase when the two met virtually during free trade meetings on May 18.

When Gray pressed her on why she didn’t pick up the phone later to discuss the tariffs with Tai, Ng demurred.

“I stand up for the Canadian softwood forestry sector and softwood lumber workers and businesses as a top priority,” she said. “This is a very important sector that employs many, many Canadians, and it is my commitment to always defend their interests.”

Ng’s answers barely deviated from that theme throughout her hour-long appearance, except when she referenced recent public comments by Commerce Secretary Gina Raimondo.

Raimondo told a Senate committee hearing last week that the price of lumber could be an impetus towards finally resolving a dispute that has plagued Canada-U.S. relations for decades.

“The silver lining could be that we use this as an opportunity to all get around the table, including USTR, to find a long-term solution with Canada,” Raimondo told the May 26 hearing.

“That’s encouraging,” Ng said. “Our job here is to make sure that we are defending the interests of our companies and the sector against this review and against the tariffs that have been applied.”

U.S. producers have long argued that Canada’s system of provincially regulating stumpage fees, which are paid to the Crown in exchange for the right to harvest timber, amounts to an unfair subsidy.

As a result, the U.S. argues, imports of Canadian lumber should be subject to countervailing duties.

The Trump administration tried to impose a 20 per cent tariff on softwood lumber in 2017, but that effort was scuttled after the World Trade Organization sided with Canada last year.

“The average cost of a middle-class house in the United States, the price has increased by between $35,000 and $40,000 because of the tariffs,” Alexander said, citing data from the U.S.-based National Association of Homebuilders.

In the case of multi-use housing, which is what comprises the stock of affordable housing in the U.S., the increase has been about $19,000, he added.

The association, Alexander said, “is arguing very vehemently … that the tariffs on Canadian softwood lumber are having a significant impact on the price of housing in the United States, especially in light of the recovery and for affordable housing.”