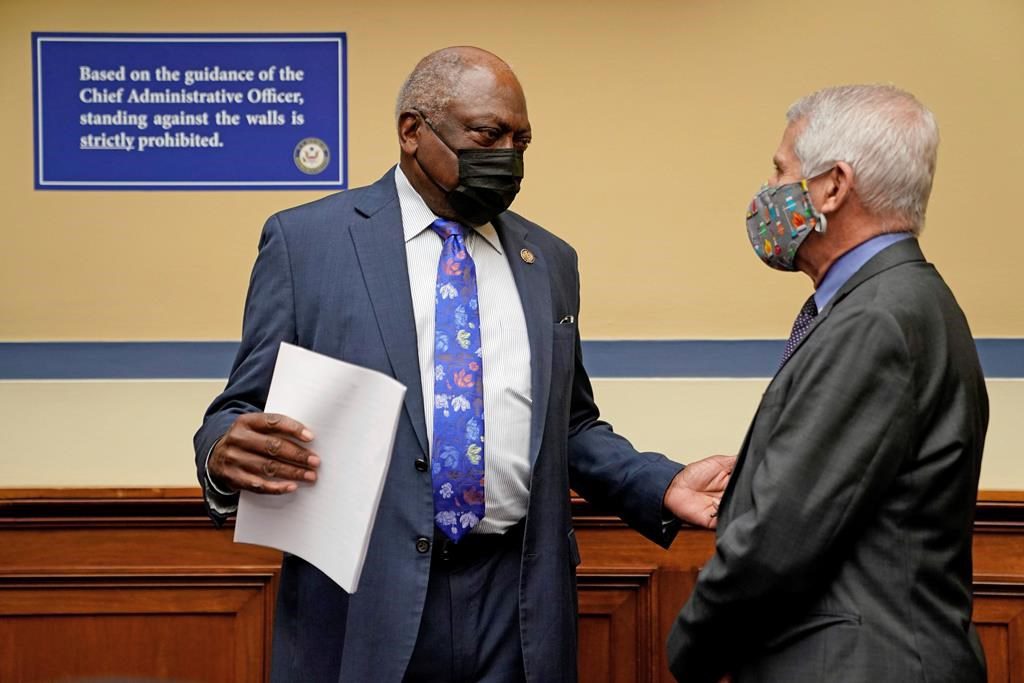 WASHINGTON â€” The No. 3 House Democratic leader, Rep. Jim Clyburn, has been fined $5,000 after Capitol Police reported he avoided being screened before entering the House chamber, the House Ethics Committee said Friday.

The South Carolina congressman, 80, is serving his 15th term in the House. He has appealed the fine, the committee said in a statement.

Clyburn is the first Democrat to be fined under security screening rules the House imposed this year after the violent Jan. 6 storming of the Capitol by supporters of then-President Donald Trump. Three Republicans have been fined, most recently Kentucky Rep. Harold Rogers, who is 83 and has also appealed.

Clyburn entered the chamber Tuesday and "deliberately avoided being screened by refusing to submit to screening," according to a Capitol Police memorandum released by the ethics panel. A handwritten report said Clyburn "walked around" a metal detector.

The new rule has been a partisan flashpoint, underscoring tensions and distrust between the two parties since the attack. Some Republicans have reacted hostilely to the new requirement, asserting it infringes on their privacy. Democrats have been receptive, with some voicing concerns that some GOP lawmakers might be dangerous.

A Clyburn spokesperson confirmed that the lawmaker was appealing the fine but declined to comment further.

The fines are deducted from members’ salaries.