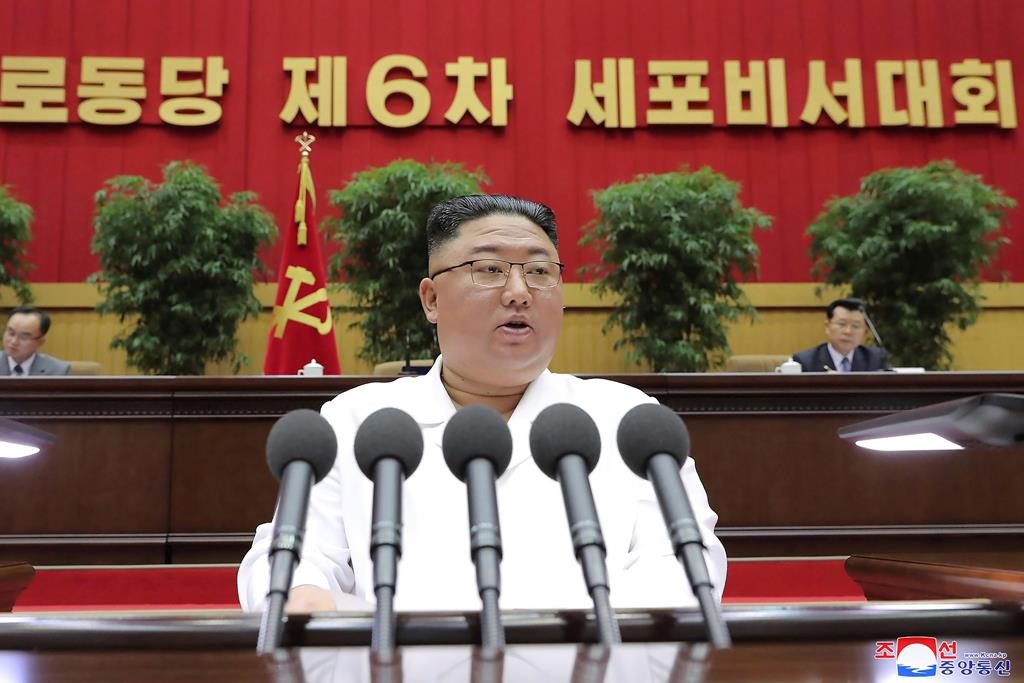 SEOUL, Korea, Republic Of â€” North Korea on Sunday warned the United States will face "a very grave situation" because President Joe Biden "made a big blunder" in his recent speech by calling the North a security threat and revealing his intent to maintain a hostile policy toward it.

Last week, Biden, in his first address to Congress, called North Korea and Iran's nuclear programs "a serious threat to America's security and world security," and said he'll work with allies to address those problems through diplomacy and stern deterrence.

"His statement clearly reflects his intent to keep enforcing the hostile policy toward the DPRK as it had been done by the U.S. for over half a century," Kwon Jong Gun, a senior North Korean Foreign Ministry official, said in a statement.

"It is certain that the U.S. chief executive made a big blunder in the light of the present-day viewpoint," Kwon said. "Now that the keynote of the U.S. new DPRK policy has become clear, we will be compelled to press for corresponding measures, and with time the U.S. will find itself in a very grave situation."

Kwon still didn't specify what steps North Korea would take, and his statement could be seen as an effort to apply pressure on the the Biden administration as it's shaping up its North Korea policy.

The White House said Friday administration officials had completed a review of U.S. policy toward North Korea, saying Biden plans to veer from the approaches of his two most recent predecessors as he tries to stop North Korea's nuclear program. Press secretary Jen Psaki did not detail findings of the review, but suggested the administration would seek a middle ground between Donald Trump's "grand bargain" and Barack Obama's "strategic patience" approaches.

After performing a series of high-profile nuclear and missile tests in 2016-17, North Korean leader Kim Jong Un launched summit diplomacy with Trump on the future of his growing nuclear arsenal. But that diplomacy remains stalled for about two years over differences in how much sanctions relief North Korea could win in return for limited denuclearization steps.

In January, Kim threatened to enlarge his nuclear arsenal and build more high-tech weapons targeting the U.S. mainland, saying the fate of bilateral ties would depend on whether it abandons its hostile policy.