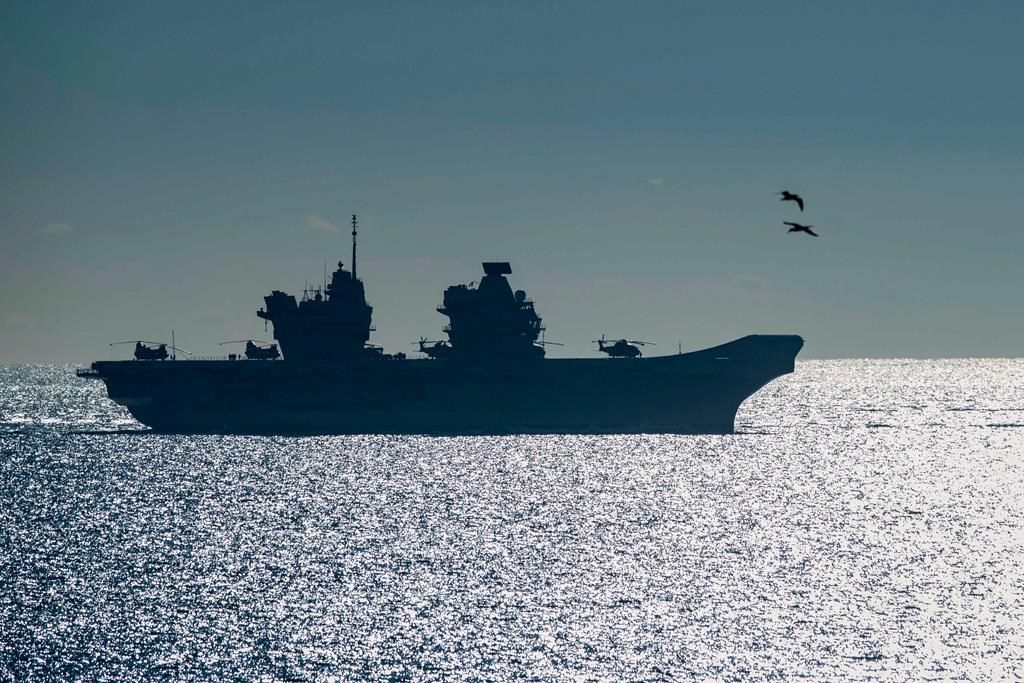 LONDON â€” A fleet of British warships and military aircraft billed as the "largest concentration of maritime and air power to leave the U.K. in a generation" will depart next month for visits to India, Japan, South Korea and Singapore, in a display of Britain's ambition to exert a much stronger presence in Asia.

New aircraft carrier HMS Queen Elizabeth, the most powerful surface vessel in the Royal Navy’s history, will set sail next month for Asia with eight fast jets on board. It will be accompanied by six Royal Navy ships, a submarine armed with Tomahawk cruise missiles, 14 naval helicopters and a company of Royal Marines.

Defence Secretary Ben Wallace said Monday the mission aims to show that Britain is "not stepping back but sailing forth to play an active role in shaping the international system."

"When our Carrier Strike Group sets sail next month, it will be flying the flag for Global Britain projecting our influence, signalling our power, engaging with our friends and reaffirming our commitment to addressing the security challenges of today and tomorrow," Wallace said in a statement.

The deployment is expected to last about six months and visit more than 40 countries. Wallace is expected to reveal more details to Parliament later Monday.

Last month, Prime Minister Boris Johnson announced that the Indo-Pacific region will become Britain's defence and foreign policy focus as the U.K. reconsiders its place in the world order after leaving the European Union.

Johnson had planned to visit India to boost trade and investment ties as part of that plan, but he was forced to cancel the trip as the coronavirus pandemic worsened in India.