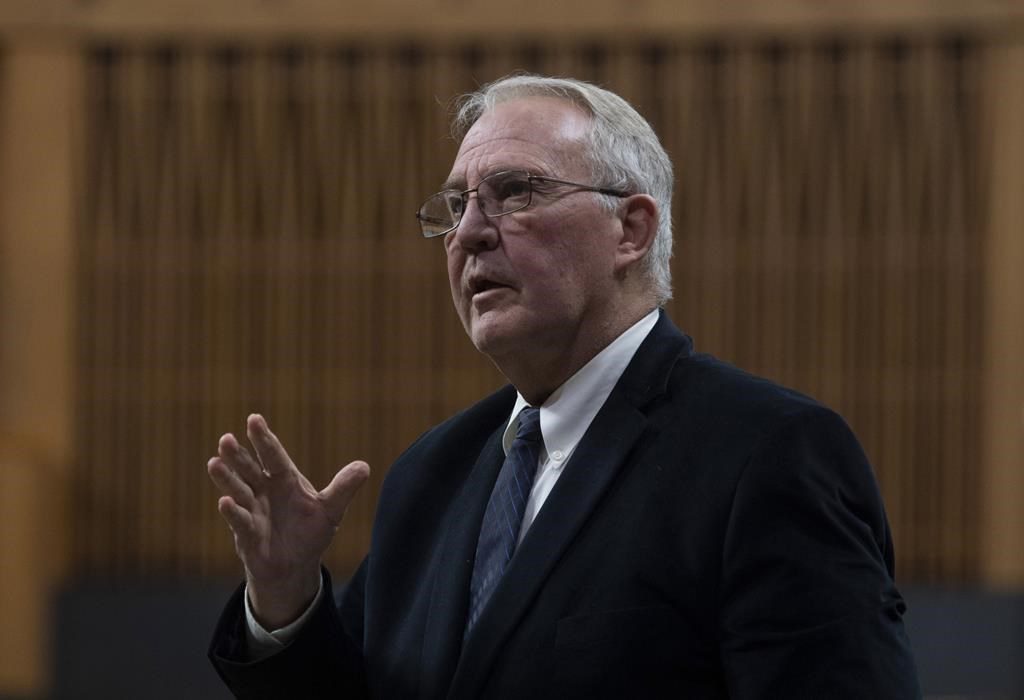 OTTAWA â€” The Liberal government will introduce legislation to create a new regulator that will ensure online platforms remove harmful content, including depictions of children and intimate images that are shared without consent.

Speaking to the House of Commons ethics committee, Public Safety Minister Bill Blair said Monday that sexual exploitation of children online presents jurisdictional challenges because perpetrators and victims can be located anywhere in the world.

Images of victims of child sexual abuse can be shared on platforms that may be headquartered in one country, but legally registered in another with servers in different countries, he said.

He said this reality affects the ability of Canadian law enforcement agencies to investigate and prosecute those responsible.

“It is unacceptable that victims have encountered difficulties in getting companies to remove this illegal content,” Blair said.

“The number of reported cases is just the tip of the iceberg when it comes to the true scale of this most heinous of crimes.”

He said there are concerns regarding how these laws are being interpreted and implemented, as the internet has provided criminals with a medium that extends their reach and thus their victim base which elevates the level of complexity of investigation.

“One complicating factor is that telecommunications networks and services transcend international borders while the enforcement authority of police, such as the RCMP, is generally limited to their domestic jurisdiction,” Lametti said.

“Under international law court orders are generally enforceable only within the jurisdiction of a state.”

More than 70 parliamentarians from all parties last month called on the RCMP for a full criminal investigation into Pornhub’s parent company, Montreal-based MindGeek, following testimony from survivors.

The lawmakers cite recent evidence by victims and child-protection organizations alleging MindGeek regularly shared child pornography and sexual assault videos as well as content shot or posted without the consent of subjects.

A similar request by more than 100 victims of exploitative content was posted to websites owned by MindGeek.

MindGeek has denied all accusations of wrongdoing, saying it is a global leader in preventing distribution of exploitative videos and images.

“MindGeek has zero tolerance for non-consensual content, child sexual abuse material (CSAM), and any other content that lacks the consent of all parties depicted,” the company said in an email last month.

At least five lawsuits have been filed against the company in the U.S. and Canada over the past year on behalf of survivors of child abuse, sex trafficking and non-consensual image uploads.