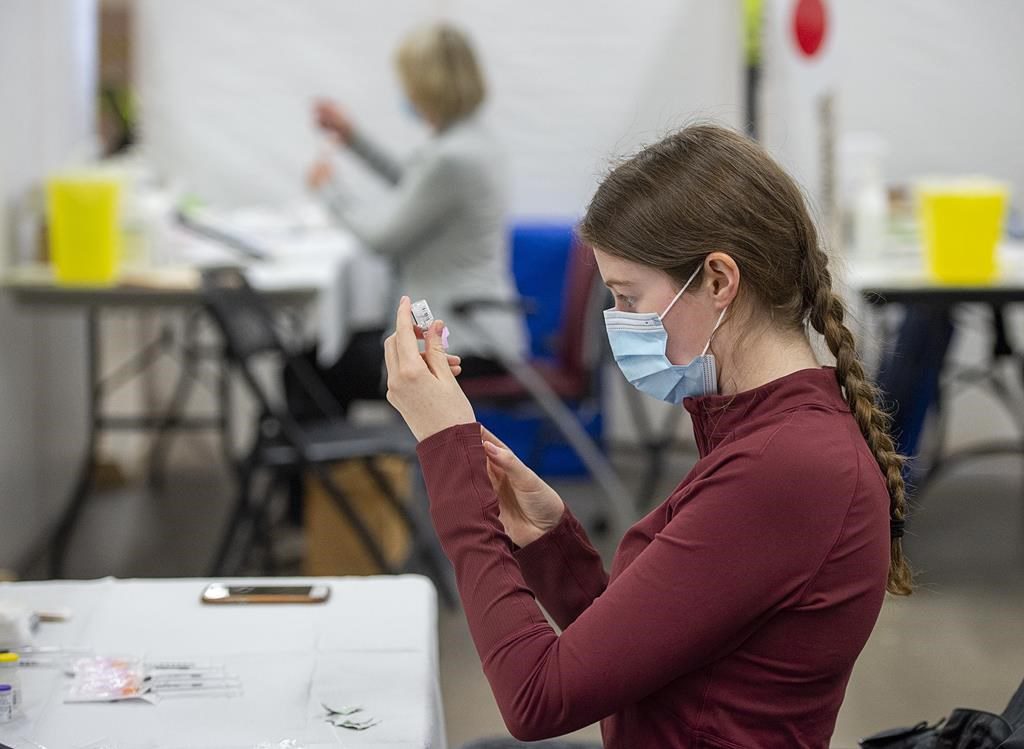 HALIFAX â€” Nova Scotia reported 15 new cases of COVID-19 on Monday â€” more than double the number of infections reported a day prior â€” as the province expanded vaccine access to people 60 and older.

The province has reported 30 new cases since Friday’s report, and Premier Iain Rankin says the steady rise in infections reflects how fast the number of COVID-19 infections can jump.

“As we’ve seen in other provinces, the situation can change rapidly,” Rankin said Monday in a news release. “Our public health teams are working hard to contain the virus and we can support them by following all the public health protocols.”

Rankin stressed the importance of getting tested, calling it the key to detecting cases early and “limiting the spread of the virus.”

The jump in cases came as the province announced that people 60 and older can begin booking appointments for the Pfizer-BioNTech and Moderna vaccines, which will be available at community clinics and some pharmacy and primary care clinics.

“We need to continue to keep each other safe, follow public health protocols and get the vaccine when it is our turn,” chief medical officer of health Dr. Robert Strang said in a news release.

As of Sunday, the province said it had administered 207,563 doses of COVID-19 vaccine, with 32,496 people having received their booster shot.

Monday’s case total included two school-based infections that were identified late Sunday. Both cases were in the central health zone: one at St. Joseph’s-Alexander McKay Elementary School in Halifax and the other at South Woodside Elementary in Dartmouth, N.S.

Both schools are closed until Thursday and officials are advising all students and staff to get tested for COVID-19.

Eight of Monday’s cases were identified in the Halifax area, six were in the eastern zone and one in the western area of the province. Seven of the 15 news cases were related to travel outside Atlantic Canada, five involved contacts of previously reported infections and three were under investigation.

Nova Scotia reported seven new cases on Sunday and eight on Saturday. The province has 63 active reported infections and two patients in hospital with the disease.

“The increase in case numbers is a reminder of the importance of the restrictions that are in place to protect the health of fellow Nova Scotians,” Strang said.

On Sunday, the province reported 22 new variant cases, including the first case in the province of the mutation first identified in Brazil.