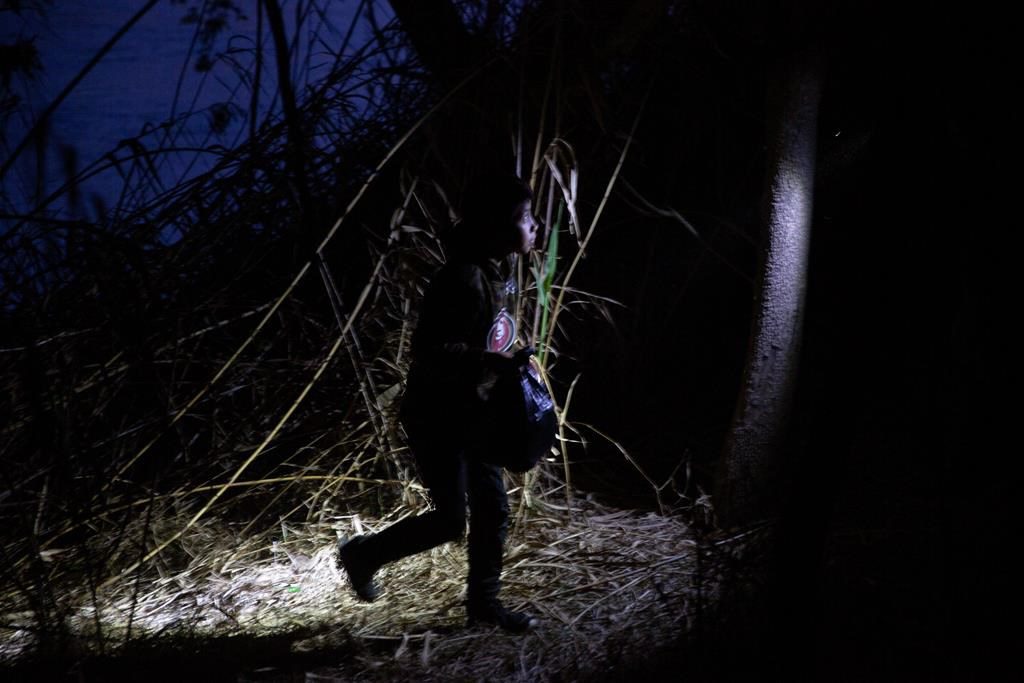 For the third time in seven years, U.S. officials are scrambling to handle a dramatic spike in children crossing the U.S.-Mexico border alone, leading to a massive expansion in emergency facilities to house them as more kids arrive than are being released to close relatives in the United States.

More than 22,000 migrant children were in government custody as of Thursday, with 10,500 sleeping on cots at convention centres, military bases and other large venues likened to hurricane evacuation shelters with little space to play and no privacy. More than 2,500 are being held by border authorities in substandard facilities.

The government failed to prepare for a big increase in children travelling alone as President Joe Biden ended some of his predecessor’s hardline immigration policies and decided he wouldn’t quickly expel unaccompanied kids from the country like the Trump administration did for eight months.

So many children are coming that there’s little room in long-term care facilities, where capacity shrank significantly during the coronavirus pandemic. As a result, minors are packed into Border Patrol facilities not meant to hold them longer than three days or they’re staying for weeks in the mass housing sites that often lack the services they need. Lawyers say some have not seen social workers who can reunite them with family in the U.S.

"As it currently stands with a lot of these emergency intake sites, children are going in and there's no way out," said Leecia Welch, senior director of legal advocacy and child welfare at the National Center for Youth Law. "They're complete dead ends."

Both Donald Trump and Barack Obama faced similar upticks in Central American children crossing the border alone in 2019 and 2014. The numbers have now reached historic highs amid economic fallout from the pandemic, storms in Central America and the feeling among migrants that Biden is more welcoming than his predecessor.

The Trump administration had predicted the strain on capacity, documents show. Projections from a former top official in the U.S. Health and Human Services Department, which cares for migrant children until they’re reunited with family, said the agency would run out beds by mid-January or early February. On Feb. 22, the Biden administration reopened a tent facility used during previous increases as smaller shelters ran out of beds.

The number of children in custody rose after eight months of expulsions that began in March 2020, when Trump invoked a section of an obscure public health law amid the pandemic. More than 15,000 unaccompanied children were expelled between April and November last year, according to government figures.

In response to a 2019 uptick in crossings, the Trump administration had increased the number of beds in small and medium-size shelters that are better prepared to handle family reunifications â€” to 13,000 by early 2020.

But pandemic restrictions brought down actual capacity to 7,800 beds by November, said Mark Greenberg, who was acting assistant secretary for the Administration of Children and Families at U.S. Health and Human Services during Obama's second term and part of Biden's transition team. A February government tally had it at 7,100 beds.

"Throughout 2020, they didn't rebuild capacity," Greenberg said of the Trump administration. "For much of last year, the number of children in custody was very low, and they had 8,000 available beds, and the government was expelling children at the border. It was in that context that they didn't rebuild the loss of supply."

During the last months of Trump’s term, unaccompanied minors were allowed to stay after a federal judge ruled in November that the government couldn't use the pandemic as a reason to expel them. In January, an appeals court said the government could resume the practice, but Biden decided against it.

The numbers quickly rose under Biden, who ended other Trump policies, including one that made asylum-seekers wait in Mexico for court hearings in the U.S.

Jonathan H. Hayes, who directed Health and Human Services’ Office of Refugee Resettlement from February 2019 to March 2020, said the Biden administration needed to listen to estimates on capacity needs before undoing Trump’s policies.

Projections of arrivals threatened to strain the system and should have prompted officials to hit pause, considering the time it takes to get licensed shelters up and running, Hayes said.

It took longer than usual after protests in 2018 and 2019 turned the public against Health and Human Services, Hayes said, referring to demonstrations outside facilities that housed migrant children separated from their parents under Trump's "zero tolerance" policy.

Opening shelters for unaccompanied minors normally took four to six months as the government acquired state licenses and local permits. But in 2019, it was taking anywhere from nine to 12 months because of community pushback.

"We had Democrats, state and local officials who didn't want to co-operate because in their minds they had bought into this idea that kids were in cages in HHS," Hayes said.

Recent federal court filings show the problems that Health and Human Services faces as the number of children rises.

The challenge "will likely increase in severity in the coming weeks and months," Cindy Huang, director of HHS’ Office of Refugee Resettlement, wrote last week. She said the agency is prioritizing moving children out of border authorities’ custody, relying on the growing network of large emergency venues run by private contractors.

Setting up the sites has cut in half the number of unaccompanied minors in U.S. Customs and Border Protection custody to 2,500, down from 5,000 in late March. But the transfers are severely straining Health and Human Services resources.

The first week of April, 5,000 children were transferred to HHS sites or shelters, but only about 2,000 were released to relatives, according to government figures. This was after already reducing the average length of stay in HHS custody from 51 days in October to 35 in March and instituting measures to speed up releases, such as flying children to their families.

"They're just not able to keep pace with the need," said Wendy Young, president of Kids in Need of Defence, which provides legal services to immigrant children. "We are not thrilled by the fact they're using these mega ad hoc emergency facilities, but I will say better to have kids there than a Border Patrol situation, or in Mexico."

Eleven emergency sites have opened since mid-March. At two recently visited by attorneys, children said they had not met with case managers tasked with reuniting them with family.

Attorneys have long pressed for expanding HHS’ capacity to vet sponsors and prepare children to be released promptly â€” not continually add more bed space to keep them detained, said Peter Schey, president and executive director of the Center for Human Rights and constitutional Law.

"Had they done that, this entire crisis could have easily been avoided," he said. "The solution was to pour a lot more money into case managers.”