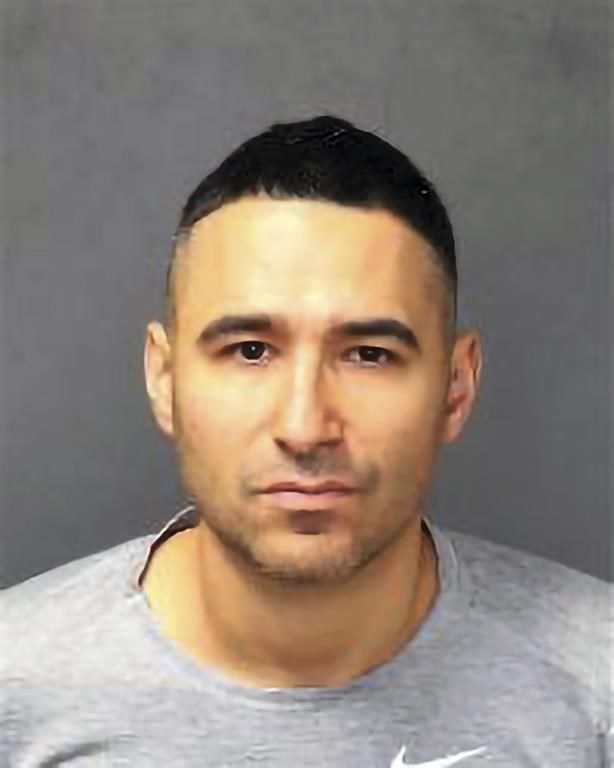 ALBUQUERQUE, N.M. (AP) — A felon and failed political candidate suspected of orchestrating a series of drive-by shootings at the homes of four elected Democrat officials in New Mexico will be due in court next week for a detention hearing.

Solomon Peña remains in custody pending a Jan. 23 hearing at which prosecutors will argue that he’s a danger to the community and that no conditions of release would be enough to ensure public safety given the allegations outlined in a criminal complaint.

Prosecutors in a motion filed Wednesday said Peña’s actions “show what lengths he is willing to go when he is dissatisfied with reality.”

Peña was unsuccessful in his GOP bid for the New Mexico statehouse in November. He had claimed the election was “rigged” despite the district being a longtime Democratic stronghold.

Authorities arrested Peña on Monday, accusing the political newcomer of paying for a father and son and two other unidentified men to shoot at the officials’ homes between early December and early January. No one was hurt, although bullets went through the bedroom of a state senator’s 10-year-old daughter.

Peña appeared via video shackled for an initial court appearance Wednesday on multiple counts that include shooting at a home, aggravated battery with a deadly weapon, conspiracy and being a felon in possession of a firearm.

Roberta Yurcic, a defense attorney assigned to the case, has not returned messages seeking comment. She’s expected to seek conditions for Peña’s release during the upcoming hearing.

While an assessment based on multiple factors recommends Peña be released, it will be up a judge to decide.

The risk assessment tool has been the focus of much criticism as the public has pushed for Democratic lawmakers and Gov. Michelle Lujan Grisham to consider reforms amid Albuquerque’s ongoing struggle to combat persistent violent crime and what many perceive as a “revolving door” in the criminal justice system.

Albuquerque Police Chief Harold Medina on Wednesday reiterated his complaints that the system is broken and the assessment tool is flawed.

“How can we require judges to use this broken tool? We need to fix this process so the public will have faith that we are keeping the community safe from dangerous criminals,” the chief said in a statement.

Top court administrators in New Mexico have defended the tool, which was developed by the Arnold Foundation and is used in dozens of jurisdictions around the U.S.

Authorities identified Peña as the key suspect using a combination of cellphone and vehicle records, bullet casings collected near the officials’ homes and information from a confidential witness.

Police said Peña had previously shown up uninvited at the homes of elected officials with what he claimed were documents proving that he had won his race. There was no evidence of widespread voter fraud, or any irregularity involving enough votes to change a result in New Mexico in 2020 or 2022.

Court records show Peña was incarcerated for several years after being arrested in 2007 in connection with what authorities described as a smash-and-grab burglary scheme that targeted retail stores. His voting rights were restored after he completed probation in 2021.