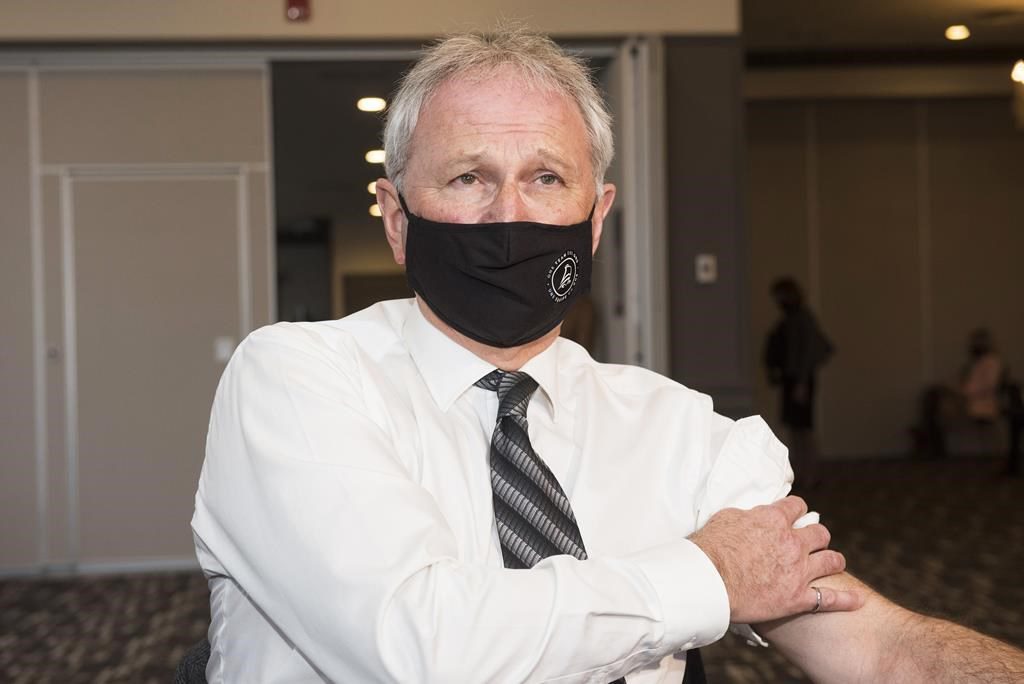 FREDERICTON â€” New Brunswick’s premier is urging truck drivers to get vaccinated against COVID-19 as soon as possible, but the head of a regional trucking association says it’s not that simple.

Blaine Higgs told reporters Tuesday only about 800 of the 3,500 truck drivers in the province have received a first dose despite the fact vaccines have been allocated for them. Higgs said many of the shots are being given to other people because truckers aren’t using them.

“It’s really important that we have all of our cross-border activity as protected as possible. That will limit exposure in the province,” Higgs said.

He urged drivers to help reduce the risk of spreading the virus. “We need their help” he said, asking that companies question their employees about whether they’ve been vaccinated and what it will take for those who haven’t to get their shots. “We will provide the vaccines. We will provide the locations,” he said.

But Jean-Marc Picard, executive director of the Atlantic Provinces Trucking Association, said at least 1,000 drivers in the province have got the vaccine. He said the number might actually be higher because many pharmacies that administer vaccines are only asking about age, not profession.

He said truckers are on the road most of the time so it’s difficult to schedule vaccine appointments.

“If you are only home a day or two, you have a lot of things to do before hitting the road again, so if you make an appointment for Saturday and the pharmacy can’t take you because they ran out of vaccine, then you’ve got to wait another week,” he said in an interview Wednesday.

Picard said many drivers are waiting for their days off in case they have any kind of reaction to the vaccine.

He said New Brunswick has done more to get truckers vaccinated than the other Atlantic provinces but suggested portable clinics at truck scales might accelerate the process.

The four Atlantic premiers announced Tuesday that they are delaying a reopening of the Atlantic travel bubble, which had been set to occur by this Monday. The provinces are now aiming for a May 3 reopening.

“Anywhere we have travel back and forth on a regular basis, if we mitigate that with vaccines, that makes it more secure for us to open,” Higgs said.

Picard said he knows of about 20 New Brunswick truckers who contracted COVID-19, and three or four in Nova Scotia.

He said those numbers are very low considering the number of drivers and the thousands of trips that have been made in the last year to the United States and Central Canada.

Picard said in some places in the United States, Canadian drivers have been mocked for wearing masks, but he says they are taking all precautions to remain safe.

Note to readers: This is a corrected story. A previous version stated that Higgs spoke to reporters Wednesday.