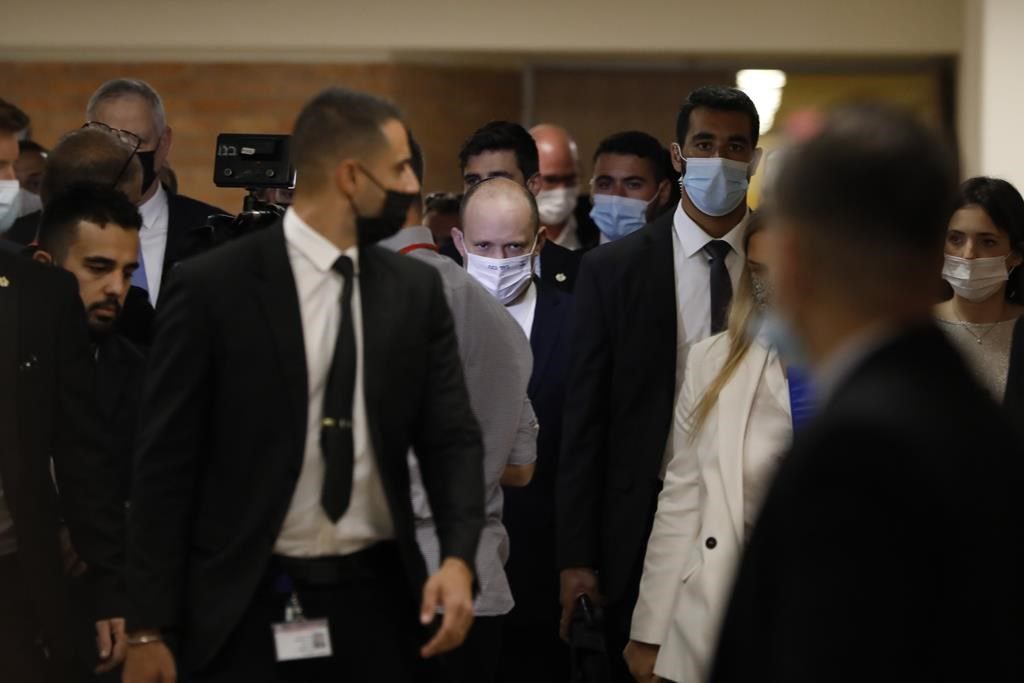 The latest on Israel’s incoming government (all times local):

Israel’s designated new prime minister, Naftali Bennett, is being loudly heckled as he tries to deliver a speech to the Knesset.

Netanyahu’s supporters have interrupted virtually all of Bennett’s sentences as they accuse him of betraying them. Two hardliners from the Religious Zionist party were escorted out of the hall.

JERUSALEM — Israel’s Knesset, or parliament, has convened for a vote that is expected to end the historic 12-year rule of Prime Minister Benjamin Netanyahu.

The parliament is to hold a debate ahead of a vote of confidence for a new coalition government formed by a collection of Netanyahu’s opponents.

If the coalition is approved, Naftali Bennett, a former ally turned rival of Netanyahu, would become prime minister over a disparate coalition of parties from the political right, left and center. Netanyahu is slated to become the opposition leader.

Bennett, whose parents immigrated to Israel from the United States, is expected to stress the need for close relations with the U.S.

But Bennett, who shares Netanyahu’s hardline ideology, is also expected to echo the outgoing prime minister’s opposition to restoring the international nuclear deal with Iran.