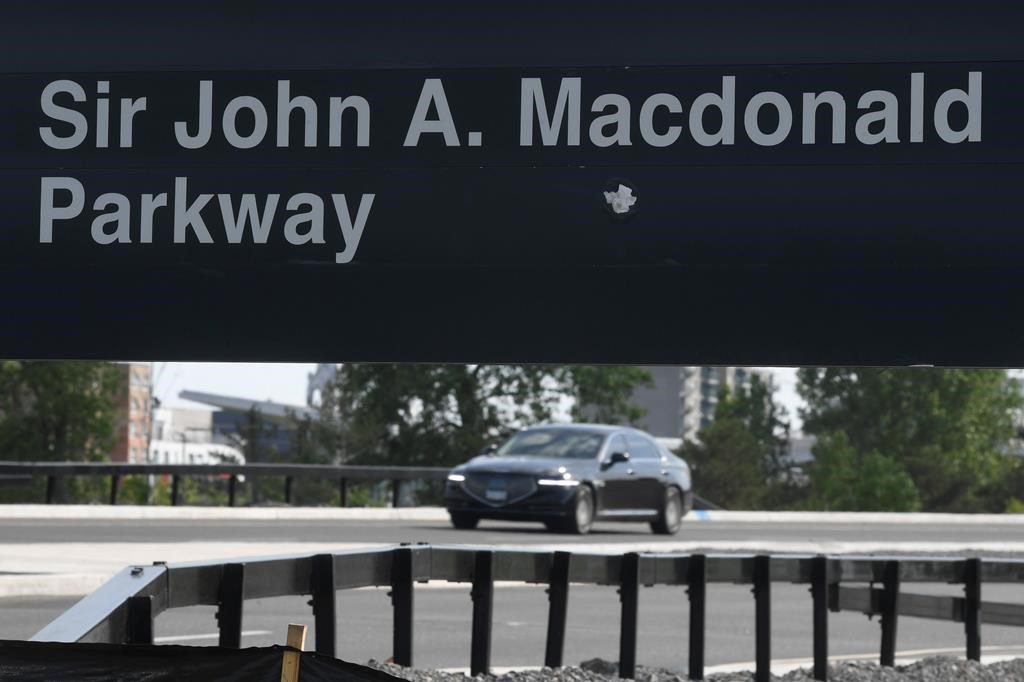 OTTAWA — The National Capital Commission is expected to announce the next step in its approach to rename the Sir John A. Macdonald Parkway on Thursday morning.

But Ottawa residents shouldn’t expect a new name for the city’s riverside roadway to be unveiled just yet, the Crown corporation told The Canadian Press.

In the summer of 2021, three Ottawa city councillors sent a letter to Prime Minister Justin Trudeau urging the federal government to facilitate an Indigenous-led consultation process to rename the parkway, which is named after Canada’s first prime minister.

They wrote the letter following the discovery of 215 suspected unmarked graves at a former residential school site in Kamloops, B.C., saying there was an “urgent need” for Canada to commit to projects of reconciliation.

Macdonald authorized the creation of the residential school system while he was in power in the 1880s. It is estimated that more than 150,000 First Nations, Métis and Inuit children were forced to attend the government-funded, church-operated schools, where many suffered abuse and some died. The last such school closed in 1996.

Coun. Theresa Kavanagh called the discovery in Kamloops an “absolute turning point” and a “reality check.”

She said that more than 18 months after she, Coun. Jeff Leiper and former Coun. Catherine McKenney wrote the letter, she still hasn’t been contacted about the progress of renaming the roadway.

“It’s moving at a snail’s pace, but I’ll take it as a sign of hope,” Kavanagh said of Thursday’s expected update. “I hope that this means that they’ve been doing some consultation with the local First Nations communities.”

The NCC said in an email that Thursday’s update will not include a proposal for a new name.

But in October, CEO Tobi Nussbaum had told the NCC board that the renaming project was “underway.”

And last April, the NCC had said in a press release that it provided its board of directors with an updated policy on toponymy — or the study of place names — to provide “a more transparent decision-making process for naming and renaming NCC-managed assets.”

It announced that a new advisory committee on toponymy was being formed that included members of the Kitigan Zibi Anishnabeg and Algonquins of Pikwakanagan First Nations, along with other local experts.

“The committee’s first order of business will be to consider an existing request for the renaming of the Sir John A. Macdonald Parkway,” said the press release.

The parkway has only carried the first prime minister’s name for a decade.

The Ottawa River Parkway was renamed in his honour in 2012, under the government of former Conservative prime minister Stephen Harper. At the time, the NCC said it cost $60,000 to change the four major signs along the roadside.