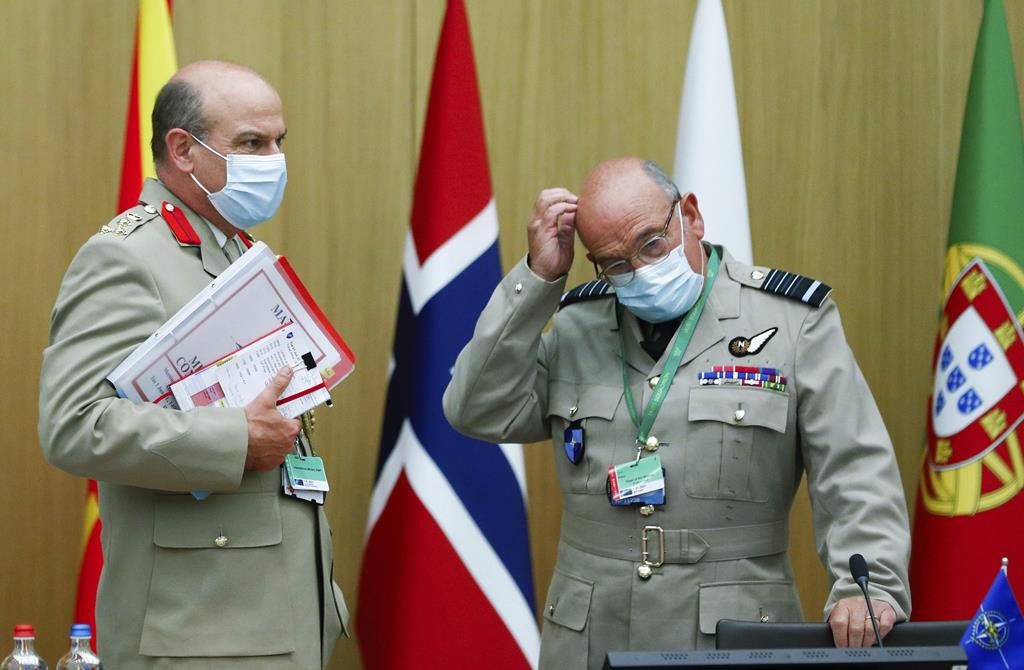 BRUSSELS (AP) — NATO’s Secretary General Jens Stoltenberg said the military organization’s pullout from Afghanistan is going well, as at least six people were killed Tuesday in a series of attacks that plunged the country’s capital, Kabul, into darkness.

NATO has helped provide security in Afghanistan for almost two decades, but it now believes the government and armed forces it has trained are strong enough to stand on their own in the conflict-torn country without the help of international troops.

NATO took charge of security efforts in Afghanistan in 2003, two years after a U.S.-led coalition ousted the Taliban for harboring former Al-Qaeda leader Osama bin Laden. Fewer than 9,000 troops remain, including up to 3,500 US personnel, and they are scheduled to leave by Sept. 11 at the latest.

“The drawdown of our forces is progressing in an orderly and coordinated way. At every step, the safety of our personnel remains paramount,” Stoltenberg told reporters after chairing virtual meetings of NATO’s foreign and defense ministers.

While NATO troops will no longer be in Afghanistan, the 30-nation alliance and its partners will continue to provide funding to what Stoltenberg described as the country’s “capable, strong security force.”

It remains unclear exactly how money will be channeled to the Afghan army, which military experts have warned is made up of poorly trained, ill-equipped troops whose loyalties waver between their country and local warlords.

The experts say the Afghan armed forces, which are meant to be the bulwark against Taliban insurgents who have stepped up their attacks in recent months, is rife with corruption, demoralized and struggling to hold on to territory.

NATO “will continue our civilian diplomatic presence in Kabul, to provide advice and capacity-building support to Afghan security institutions,” Stoltenberg said. NATO diplomats said this week that it remains unclear who will protect those civilians or how Kabul airport will be secured.

The former Norwegian prime minister said that NATO is also studying ways to educate Afghan troops and train special forces soldiers outside the country. He said the ministers agreed that “this continued support is the best way in which we can all contribute to peace efforts in Afghanistan.”

NATO’s departure from Afghanistan will figure high on the agenda of a summit in Brussels on June 14 led by U.S. President Joe Biden. No Afghan leaders will take part in the meeting.