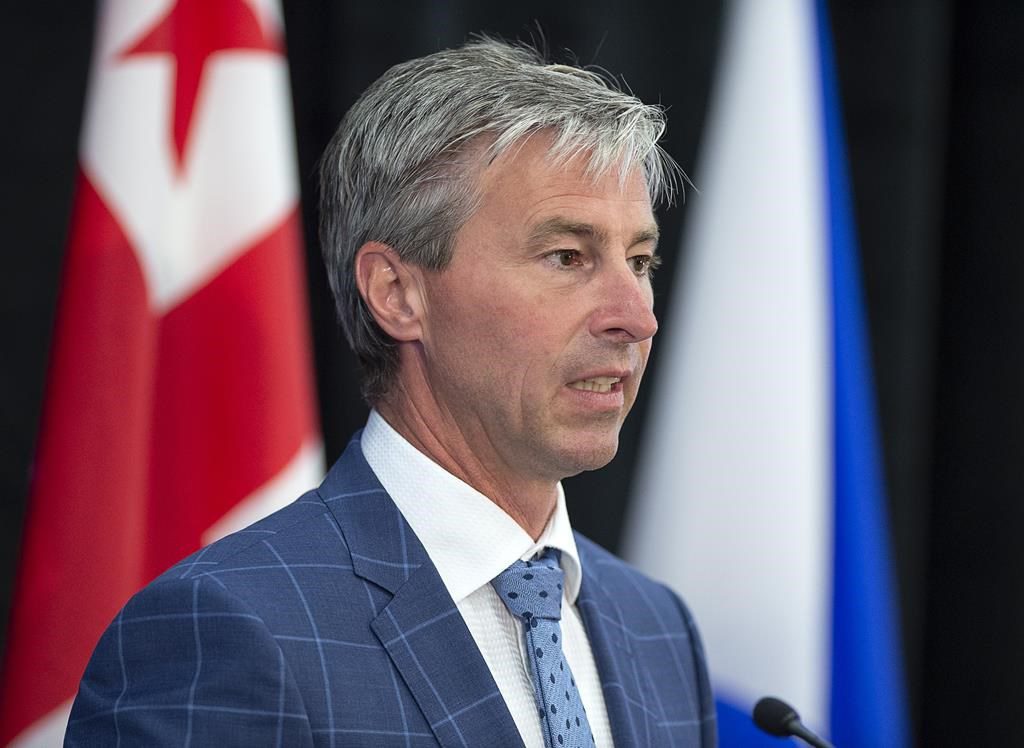 HALIFAX — Nova Scotia’s Progressive Conservative premier has asked people who protested proof-of-vaccination policies outside the home of the province’s chief medical officer of health to consider acting more like adults.

Tim Houston released a video message over social media on Friday night about the small protest outside the Halifax home of Dr. Robert Strang earlier in the day.

Houston says he would encourage those who carried out the protests to “grow up and think of others,” and that there’s no language tough enough to describe how upset he is with the actions.

The premier added he believes in the right to free speech and protest, but venues like the legislature or his office in downtown Halifax are locations for demonstrations rather than the private homes of public servants.

The recently elected government has announced that beginning on Oct. 4, residents looking to participate in non-essential activities, such as going out to restaurants, theatres or gyms, must provide proof they’re fully vaccinated against COVID-19.

The premier also criticized rallies held over the past week outside hospitals, referring to the protest outside Strang’s residence as “a new low.”

“There isn’t language harsh enough to condemn these actions,” he said.

“You can choose to vocalize your discontent with government decisions. That’s your right. But taking to the private residence of the man giving public health advice to the government is completely unacceptable.”

“Dr. Strang deserves not to be harassed, yelled at or scared to be in his own home. His family and neighbours deserve the same.”

RCMP have said they were at the scene of the protest, but there was no trespassing or violation of traffic rules by the small group who attended.

This report by The Canadian Press was first published Sept. 18, 2021.