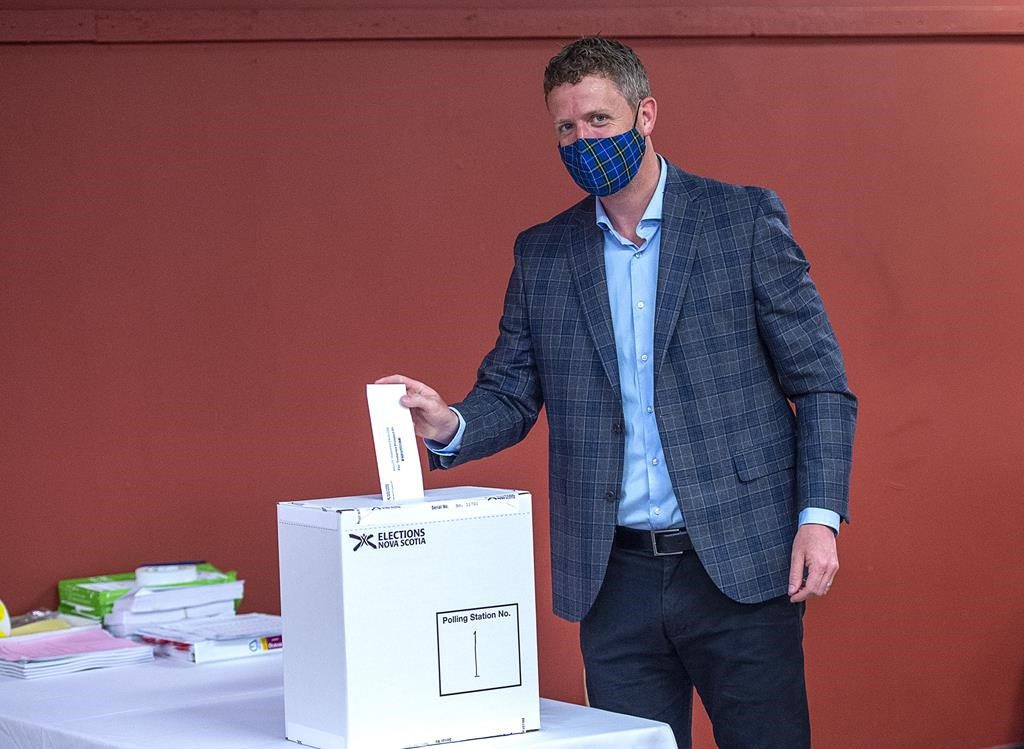 HALIFAX — Nova Scotia Liberal Leader Iain Rankin is only committing to review the weak powers of the province’s information commissioner but his rivals are promising to give her office some legal teeth.

Advocates for freedom of information have long argued the authority of the commissioner’s office is too weak because it lacks so-called “order-making powers.”

Those powers would force the public agency to contest the commissioner’s decisions in court instead of that burden falling on citizens.

Applicants have had to go though complex and expensive court proceedings in recent years to enforce decisions to release public information.

The NDP and the Progressive Conservatives say that if they are elected in the Aug. 17 election, they will make information commissioner Tricia Ralph an independent officer of the legislature with order-making powers.

Rankin, however, promised Friday to having his justice minister review and modernize the legislation on public information.

Former Liberal premier Stephen McNeil in 2013 had promised to grant the commissioner order-making powers but never fulfilled that pledge, calling it a “mistake.”

“What I committed to, which is in the mandate letter to (Justice Minister Randy Delorey), is a full, comprehensive review to legislation that hasn’t been amended in decades,” he told reporters.

“The review will come out with specific recommendations and we’ll accept every one of them.”

Tory Leader Tim Houston has tied the issue to an alleged lack of Liberal transparency. He said the Liberal government — unlike other provincial governments — hasn’t found a way to allow the legislature to sit during the pandemic or to allow the public accounts committee to fully operate during the health crisis.

“A Progressive Conservative government is one that will have the courage to be held accountable by the people,” he added. “It is one that will be transparent. That means giving order-making ability to the commissioner.”

NDP Leader Gary Burrill says his party would be different from the Liberals on the issue of access to public information.

“We believe in this,” he said in an interview on July 26 with The Canadian Press. “We’ve been saying for a long time that the freedom of information officer should be an officer of the house and that they should have the capacity to make their rulings stick.”

In April, a research group studying how jails and federal prisons across the country handled the COVID-19 pandemic singled out Nova Scotia for the poor response of its access to information system.

University of Winnipeg researcher Kevin Walby noted that the projected fees in the province were close to 20 times higher than those in Ontario regarding requests for materials ranging from manuals and policy directives to requests for statistics on prisoner grievances.

Faced with tens of thousands of dollars in fees, Walby abandoned the request in Nova Scotia. He said at the time that even if he would have been successful in obtaining the information about the province’s prisons, he might have had to go to court to enforce the decision.

Information commissioner Ralph said at the time that Walby’s request would have had to wait “upward of three years” before her office could have dealt with it because of limited resources.

In June 2017, Ralph’s predecessor, Catherine Tully, had called for reforms, including to make her position into an independent officer of the legislature, which would have given her office security of tenure and an easier time with budget requests.

She noted at the time Nova Scotia was the only province not to allow its information commissioner that kind of independence. Tully had also argued for order-making powers.

This report by The Canadian Press was first published August 2, 2021.