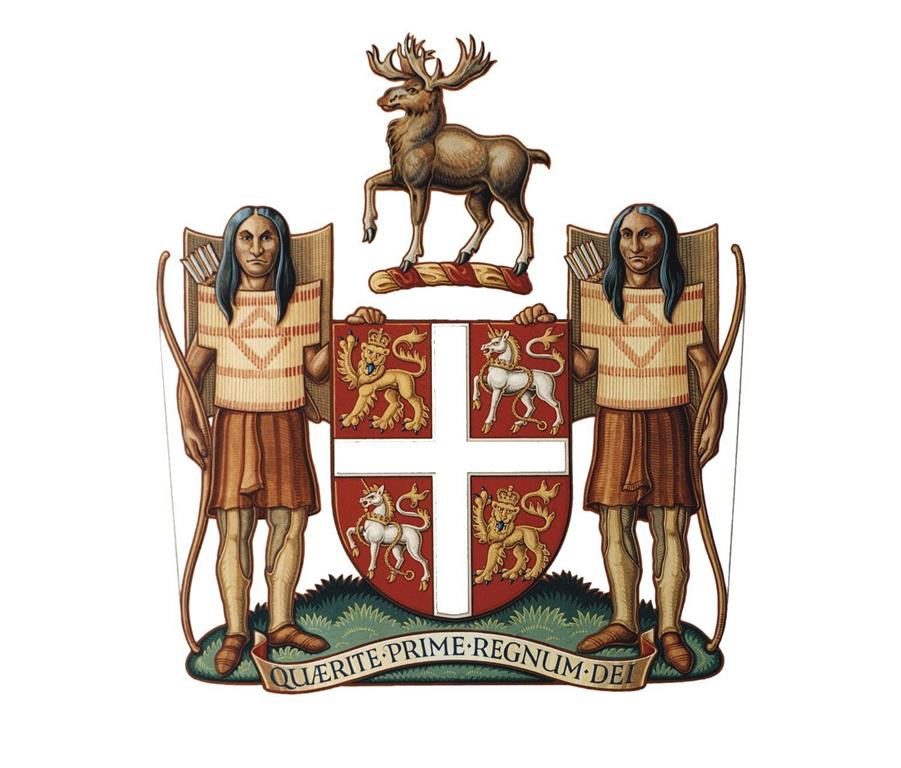 ST. JOHN’S, N.L. — The Newfoundland and Labrador government has formally decided to change the province’s 400-year-old coat of arms, which includes a description referring to Indigenous people as “savages.”

Premier Andrew Furey says a formal notice was submitted Thursday to the legislature after a discussion with Indigenous leaders about the discovery last week of the remains of 215 children at a former residential school in British Columbia.

Furey says discussions are underway on searching five former residential school sites in the province for the unmarked graves of students.

It’s been almost three years since the province’s governing Liberals said they would drop the archaic description and redesign the coat of arms, which depicts two Indigenous warriors holding a red shield.

The description of the two Beothuk figures, written in 1637, calls them “savages,” a term that prompted the province’s Indigenous Peoples Commission to call for changes in June 2018.

At the time, the government pledged to hold public hearings, which would include input from the province’s Indigenous population.