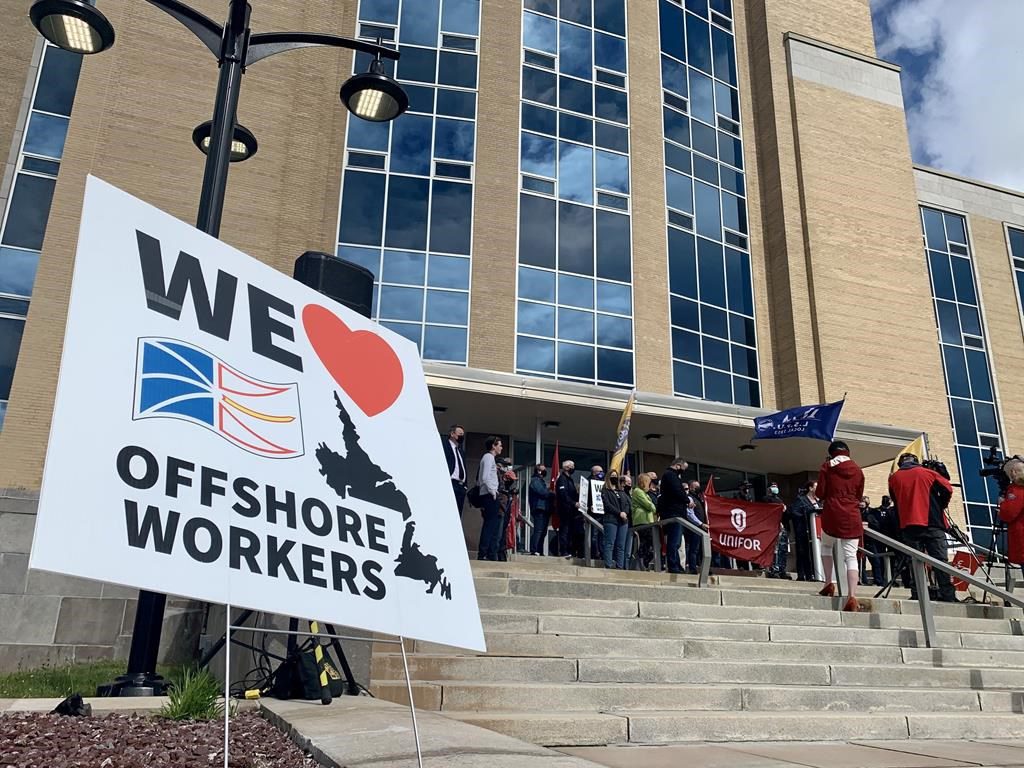 ST. JOHN’S, N.L. — About 100 oil workers gathered outside Newfoundland and Labrador’s legislature this morning, a day before a final decision on the fate of the Terra Nova oilfield is due.

Alexander says he’s one of the few dozen workers from the Terra Nova oilfield who still has a job with the operation, but it could vanish Tuesday.

That is when Suncor Energy, the majority owner of the field, is expected to make a decision about whether the field will be abandoned for good.

Alexander says he has seven-year-old twin girls at home, and though he wants nothing more than to raise them in Newfoundland and Labrador, he’ll head to Alberta to look for work if he has to.

The Terra Nova oilfield infrastructure needs significant work in order to keep the field pumping, and Suncor president Mark Little has said not all of the seven partners behind the project are on board to foot the bill.