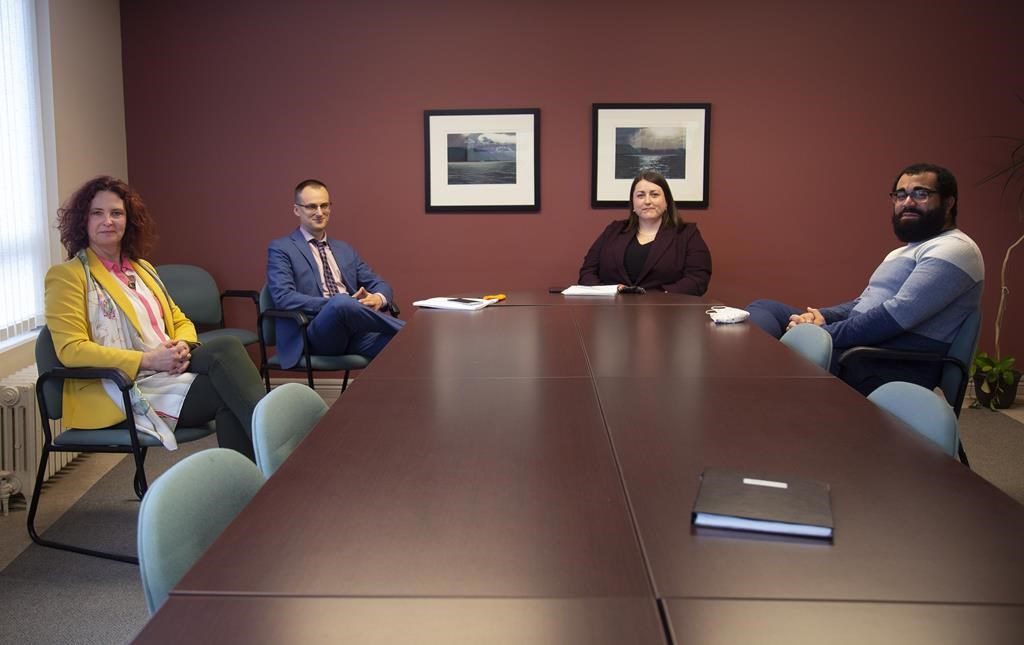 ST. JOHN’S, N.L. â€” Newfoundland and Labrador’s New Democrats are challenging the constitutionality of the province’s recent election, claiming irregularities were so numerous and severe that a new election must be held.

Party lawyers filed the challenge in Newfoundland and Labrador Supreme Court on Monday.

The suit alleges chief electoral officer Bruce Chaulk failed to run an election that was fair, impartial and in compliance with the province’s Elections Act. It also alleges the voting process violated charter rights and discriminated against voters based on their backgrounds, as well as their mental and physical abilities.

New Democrat president Kyle Rees said Monday his party was contacted by election workers and voters who expressed deep concerns with the mail-in ballot process and with Chaulk’s management of the vote. In total, the suit lists 29 alleged irregularities and errors in the election process.

“We had no choice but to file this application,” Rees told reporters. “We think it’s something that has to be done to ensure that an election like the one we faced â€¦ never happens again. It can’t happen again.”

One of the voters who approached the party was Whymarrh Whitby, who had told The Canadian Press in an interview he did not receive a ballot from Elections NL, despite several attempts to obtain one.

“My hope going forward is that there aren’t any people who have to beg Elections NL for their ballot in the way that I had to,” Whitby told reporters Monday.

Whitby co-signed the legal challenge along with NDP Leader Alison Coffin, who lost her seat in the St. John’s East-Quidi Vidi district by 53 votes. Coffin has filed a separate application for a judicial recount in her riding.

Rees said the suit will focus on evidence from Coffin’s district, but said the evidence highlights problems applicable to all 40 districts. He said the application they’ve made is “fairly unprecedented.”

Newfoundland and Labrador's provincial election was derailed by a mid-February COVID-19 outbreak in the St. John's region. The outbreak prompted Chaulk to cancel all in-person voting on Feb. 12, less than 12 hours before election day. Instead, he announced ballots would be cast by mail. After several deadline extensions, ballots were due March 25 and preliminary results were announced March 27.

Voter turnout was 48 per cent, marking a historic low for the province. In the largely Indigenous Labrador district of Torngat Mountains, it was just 22 per cent. The NDP’s challenge cites Elections NL’s failure to provide ballots in Indigenous languages as one of six factors that made the process discriminatory.

According to figures released Monday, 2,749 ballots were rejected, compared with 1,757 ballots rejected in the last election in 2019.

In order to obtain a mail-in ballot, voters had to request one from Elections NL by Feb. 19, using phone, fax, email or an online application.

The suit alleges Chaulk encouraged Elections NL staff to add people to the voters list without confirming their identities. It also alleges some residents were sent multiple ballots when they claimed without evidence that there were several electors in their house who needed one.

The NDP’s lawsuit includes an affidavit from Jordan Mulrooney, a special ballot co-ordinator during the election, who backs up the allegation that voters were issued multiple ballots without providing evidence.

“Those ballots were provided to the address given â€¦ without confirmation of identity of eligibility of the individuals,” his affidavit said.

Mulrooney also said some voters were permitted to vote in person at the Elections NL office on the day ballots were due.

The suit also claims Chaulk instructed staff "to take elections materials, including ballots kits, to work on them from their homes,” and that Chaulk himself did this. Rees said Monday the party heard that claim from several sources.

The Progressive Conservatives have also expressed concern with the vote, though they haven’t announced any intention to pursue similar legal action.

Re-elected Liberal Premier Andrew Furey was blunt last week when asked if he would commit to calling another election when the pandemic abated: “This is a legitimate election, I’ve said from Day 1, and we’re going to govern for four years.”