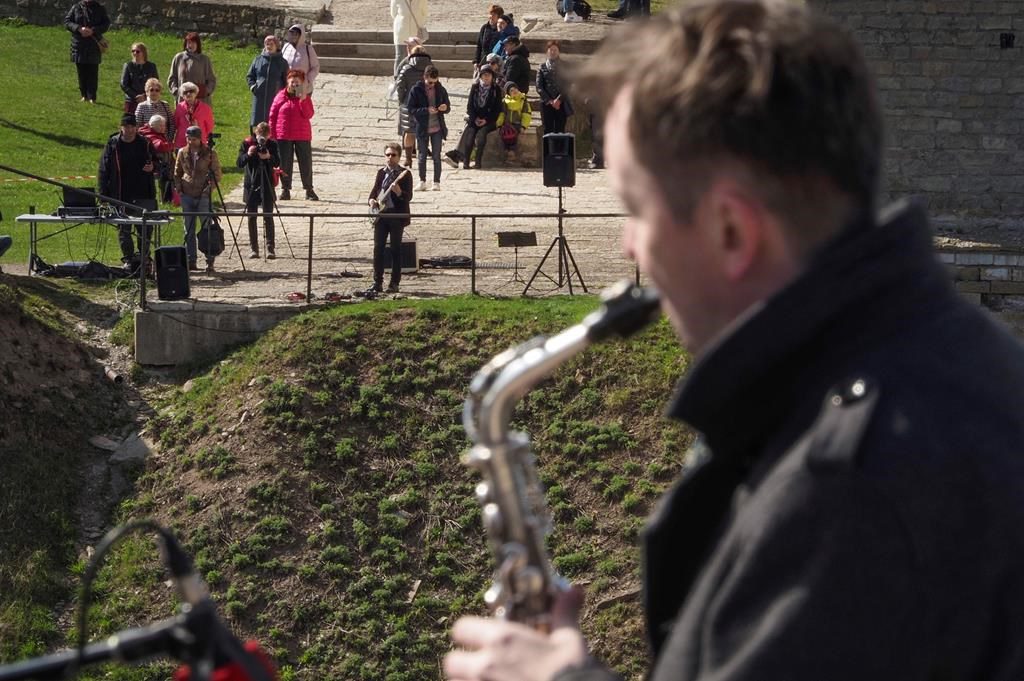 NARVA, Estonia â€” Two jazz musicians gave an unusual concert Friday on the Estonia-Russia border, where Estonian guitarist Jaak SooÃ¤Ã¤r and Russian saxophonist Alexey Kruglov performed from castles on the opposing banks of the river that separates their countries.

The musicians combined rhythms on International Jazz Day as an act of friendship, despite the deteriorating relations between Russia and Estonia. The coronavirus pandemic has limited opportunities for cross-border contact.

"As the border stayed closed, I have friends on the other side of the border with whom I wanted to play with, so we decided to do it," SooÃ¤Ã¤r said before the concert.

For the predominantly Russian-speaking residents of Estonian border city Narva, the concert was a chance to reconnect with their foreign neighbours, albeit through music.

Few places in Europe illustrate the tensions between Russia and the West as strongly as Hermann Castle, the 14th century fortress of Narva, and the medieval fortress built across the river at the end of the 15th century in what is now the Russian town of Ivangorod.

Modern relations between the two sides deteriorated again this week when Russia added Estonia to its list of "unfriendly" nations following the expulsion of a Russian diplomat from Estonia.

But for the musicians, politics didn’t have a place at their performance.

"I don't think politically at all about it. It's about the music. It will be better for life on the planet. Let's just celebrate International Jazz Day," SooÃ¤Ã¤r said.