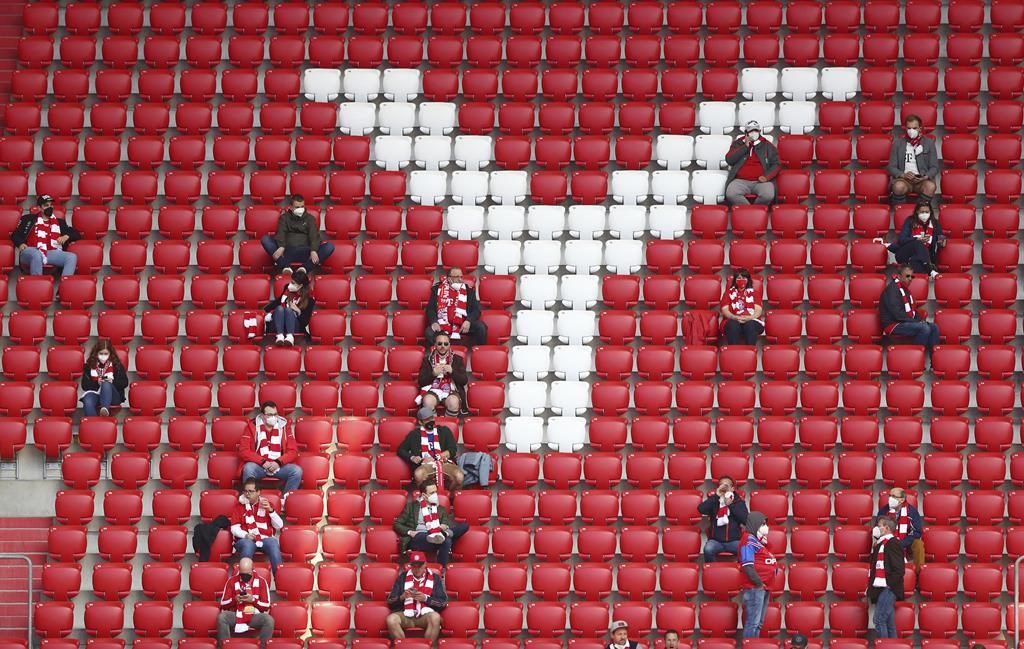 MUNICH (AP) — The Allianz Arena in Munich will fill about 20% of its capacity for games during the European Championship, the state government for Bavaria said Friday.

“The European soccer championship is a special situation,” Bavaria governor Markus Söder said, adding the games would be a “pilot and test project for further professional sports in Germany.”

Söder said spectators would need masks, that there may be a need for coronavirus testing, and that the stadium would be organized to prevent crowds from forming when fans are entering and leaving.

German officials had previously refused to guarantee that fans would be allowed in for the three group games and one quarterfinal game in Munich. That led to tension with UEFA.

A falling coronavirus infection rate across Germany led to a limited return of fans at some Bundesliga games last month for the first time this year, though Bayern Munich was only allowed 250 spectators.

Germany is at home for all three of the group games, hosting France on June 15, Portugal on June 19 and Hungary on June 23.