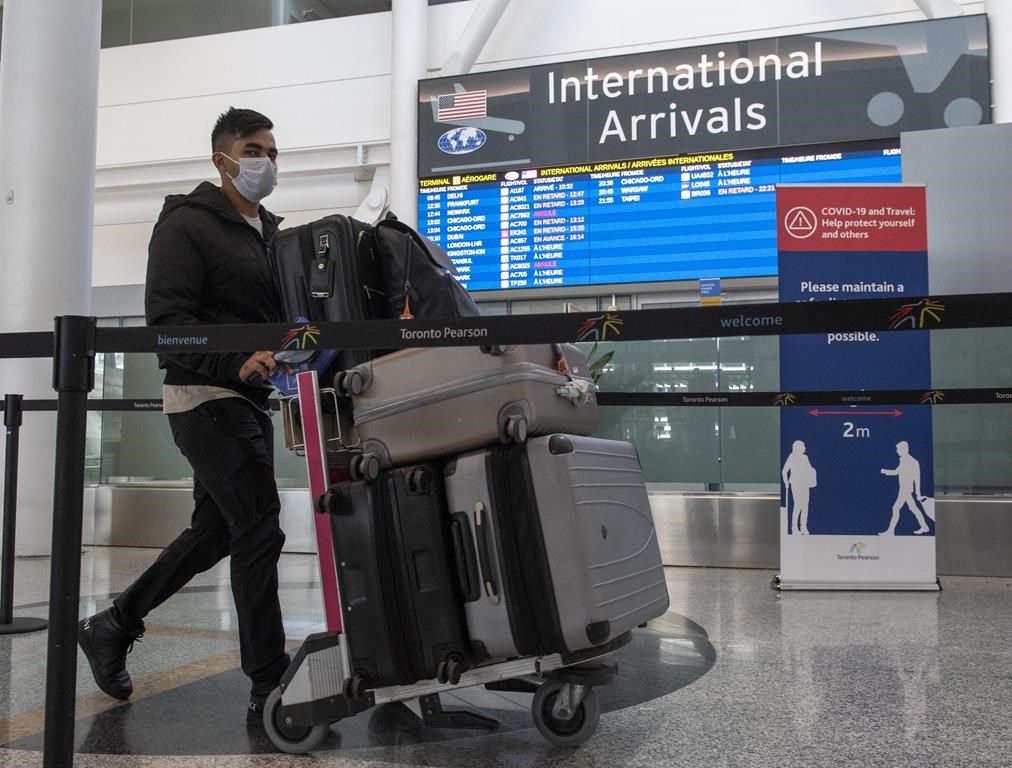 The House of Commons adopted a motion from the Bloc QuÃ©bÃ©cois this afternoon calling for flights carrying non-essential travellers from certain countries, such as India and Brazil, to be barred.

That includes 32 flights from India, 20 from the United States, and 10 each from France and the United Arab Emirates.

Deputy Chief Public Health Officer Dr. Howard Njoo said at a briefing this afternoon that ministers were looking at data about incoming flights, testing and variants of concern, including metrics that show an increase in cases coming in on flights from India.