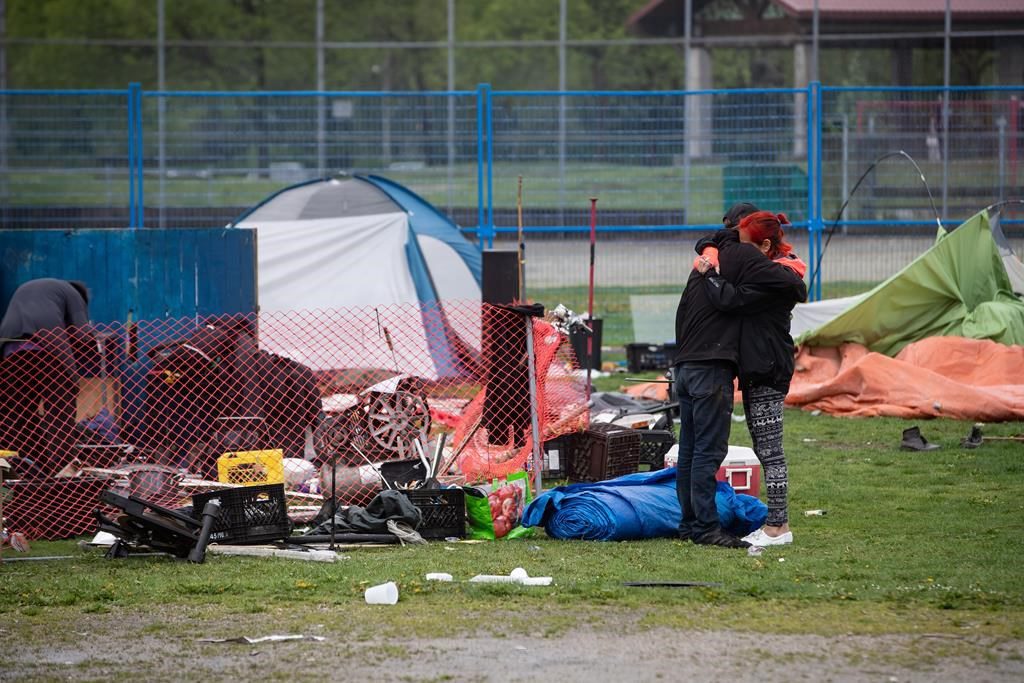 VANCOUVER â€” The City of Vancouver says a tent encampment in Strathcona Park has come to a close as the majority of people who had been sleeping there have now moved into government-organized accommodations.

An April 9 order by the city’s park board set Friday morning as the deadline for campers to remove all tents and structures, which were set up after the Vancouver Port Authority won a court injunction requiring them to leave nearby Crab Park.

They previously camped at Oppenheimer Park, which was shut down by the B.C. government after nearly two years over fears of COVID-19 spreading.

A statement from the city says officials have worked with BC Housing to move 184 people into indoor accommodations, including some shelter spaces and private rooms in hotels purchased by the province.

It says a small number of tents and temporary shelters remain in the park and officials are working with the remaining people on other options.

A warming tent and hygiene facilities that had been installed in January were set to shut down on Friday. The east side of the park will be fenced off for cleanup, while the west side remains open for public use.

Donnie Rosa, the park board’s general manager, says the province will continue to provide indoor options for unsheltered residents. Board staff will monitor parks across Vancouver to prevent the creation of other encampments.

“There’s always that chance it could happen,” Rosa said. “We’re going to do the best we can to avoid new encampments.”

Campers will be able to access their belongings throughout the weekend, with staff fencing off the area and controlling access in and out, she said.

A spokesperson for the campers could not be immediately reached for comment.

Rosa said she expects remediation efforts to take roughly three to four months but she did not have an estimate on how much it would cost.