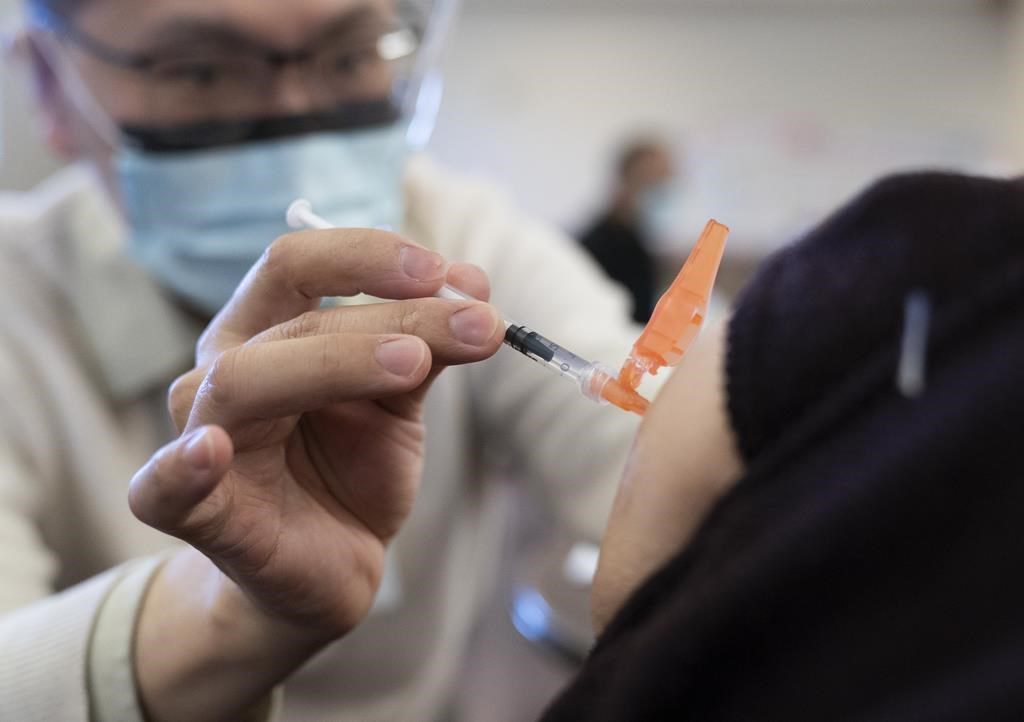 OTTAWA â€” More Canadians than ever say they intend to get vaccinated against COVID-19, a new poll suggests while fear about vaccine safety is the main driver of hesitancy to get an injection.

All this comes as confidence in governments is plummeting in provinces being hit hardest by the third wave of the pandemic.

At least eight in 10 people surveyed last weekend by Leger and the Association for Canadian Studies said they absolutely intend to roll up their sleeve for a vaccine.

The online poll of 1,504 adult Canadians was conducted between April 9-11. It cannot be assigned a margin of error because internet-based polls are not considered random samples.

“We’ve heard of course about a couple of instances that may be tied to AstraZeneca but other than that, I mean, nobody’s growing a third arm,” he said. “So I guess people are kind of warming up to the idea that this is potentially the best way to go, is to get vaccinated.”

Vaccine confidence continued to rise even as the confusion swirled around the Oxford-AstraZeneca vaccine, its potential link to serious but rare blood clots, and changing advice on which age groups should be given that vaccine.

In total, about 7.3 million Canadians, or almost one-fifth of the population, have received at least one dose of vaccine. Health experts say anywhere from 70 to 90 per cent of Canadians must be vaccinated to generate what is known as “herd immunity.”

The poll suggests 12 per cent of people surveyed wouldn’t be vaccinated, and nine per cent weren’t sure yet. Bourque said this time they asked questions based on what social media posts suggest are the main drivers of vaccine hesitancy, and most of the concern is rooted in fears about safety, rather than conspiracy theories.

About one-quarter of people who won’t or aren’t sure if they will be vaccinated cited a conspiracy theory about the vaccine containing microchips, but 94 per cent said they didn’t feel we know enough about the long term effects.

As the pandemic’s third wave keeps rising in much of the country, fewer people believe the worst of the crisis is behind us.

Confidence in provincial governments in Ontario, Alberta and British Columbia, as well as the federal government in Ottawa, is also taking a beating.

Bourque said these are some of the lowest confidence numbers for Ontario and Alberta in the pandemic to date, and said the fast-rising case numbers are likely driving the concerns.