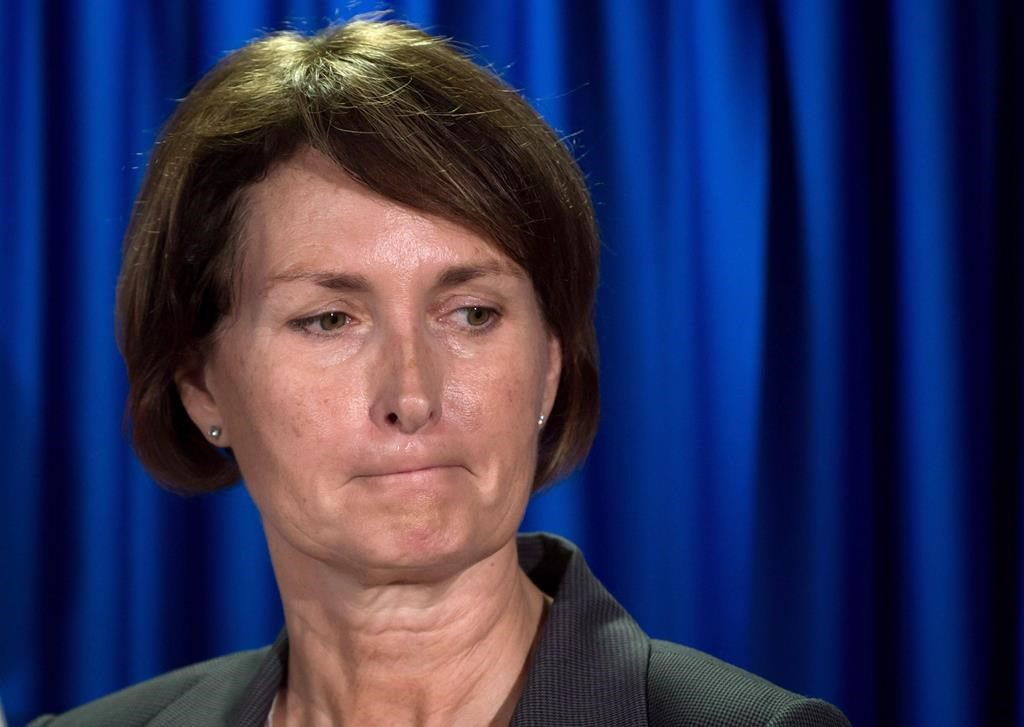 VANCOUVER — Six out of 10 universities say they’re reviewing honorary degrees conferred on retired judge Mary Ellen Turpel-Lafond, after being asked by a group of Indigenous women to revoke them following a CBC investigation into her claims of Indigenous heritage.

The Indigenous Women’s Collective says in a statement that the honours should be withdrawn because the former law professor “stole” the identity and lived experiences of Indigenous women.

Retired senator Lillian Dyck is among signatories to the collective’s statement saying Turpel-Lafond — the former director of the Indian Residential School History and Dialogue Centre at the University of B.C. — claimed opportunities, recognition and influence that did not rightfully belong to her.

Reached by phone, Turpel-Lafond declined to comment on the calls for her honorary degrees to be revoked or the universities’ review processes.

The former B.C. representative for children and youth previously told the CBC she didn’t question the biological parentage of her father, who she has said was Cree, when she was growing up.

Grand Chief Stewart Phillip with the Union of B.C. Indian Chiefs said Wednesday that the CBC investigation that questioned Turpel-Lafond’s heritage was a “witch-hunt.”

The union had responded to the investigation last October by saying Turpel-Lafond was a fierce and ethical advocate for Indigenous Peoples.

Questions of Indigenous identity were for Indigenous Peoples, families and governments to sort through based on their own laws and customs, the statement said.

“It is not the role of the media, the crown, or anyone else to tell us who we are.”

Phillip declined to comment further when reached by phone.

Vancouver Island University announced Tuesday it had accepted Turpel-Lafond’s return of her 2013 honorary degree after the school told her it was under review due to requests from the women’s collective and members of the school community.

That same day, the University of B.C. issued a statement saying it deeply regrets how it handled the situation.

The school’s initial response last year said Indigenous identity was not an explicit requirement for Turpel-Lafond’s position at the Indian Residential School History and Dialogue Centre.

But Tuesday’s statement, signed by interim UBC president and vice-chancellor Deborah Buszard and provost and academic vice-president Gage Averill, says the original comment and the university’s silence about its interpretation were seen as constituting support for Turpel-Lafond.

They expressed concern this harmed the Indigenous community at UBC and beyond.

“We deeply regret the impact of this and promise to do more now, and in the future.”

The university is reviewing its approaches to the role of Indigenous status and “truthfulness” in hiring, the statement says.