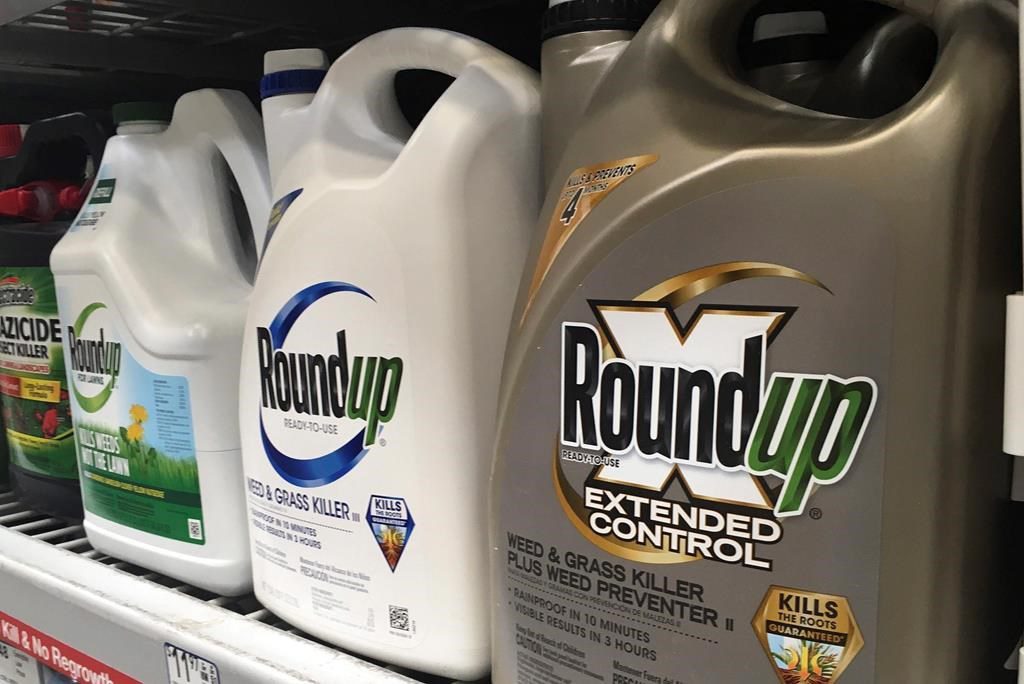 LAVAL, Que. â€” A suburb north of Montreal has become the first city in Quebec to ban the use of glyphosate, the active ingredient in weed killer Roundup.

Officials in Laval, Que., adopted the new bylaw on Tuesday.

The city is also banning the use in urban areas of pesticides known as neonicotinoids as well as the cosmetic use of pesticides on lawns. Agricultural and horticultural businesses are exempt from the bylaw.

“Once again, the city is acting as a regional leader in environmental matters,” executive committee member Virginie Dufour said in a statement, calling the ban “a significant action to protect health and the environment.”

Laval says biological insect-management agents known as biopesticides will still be permitted, as will low-impact pesticides.

The city says in the statement that the measure is aimed at protecting human health, pollinating insects, wildlife and natural spaces. It plans to deploy patrols to raise public awareness of the new rules.