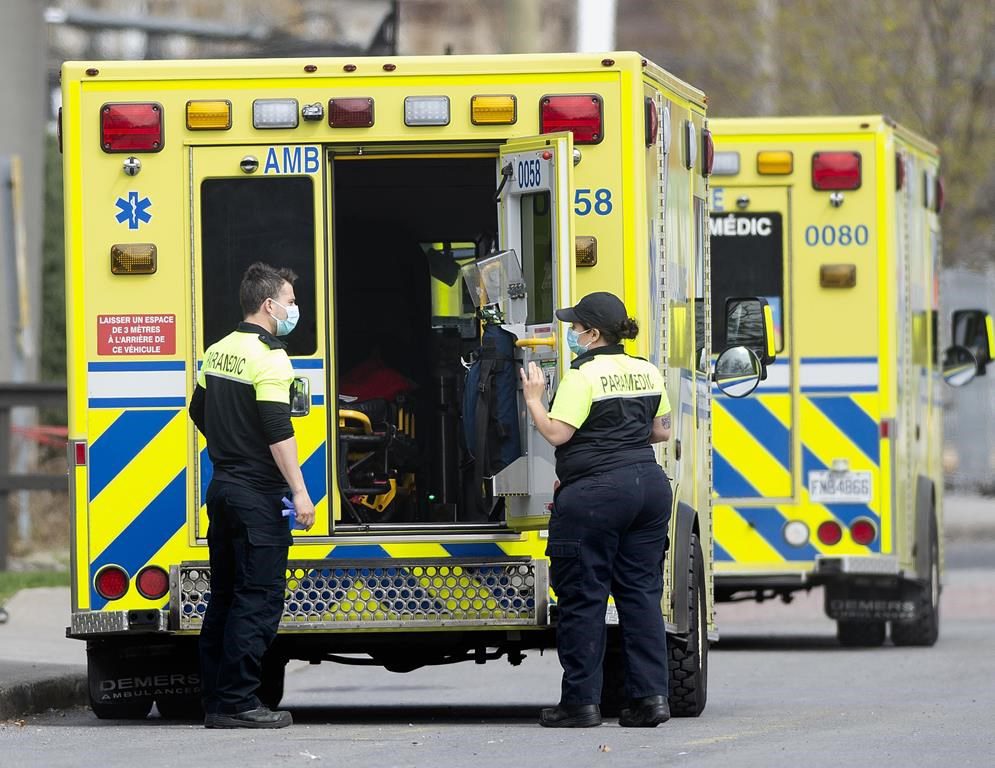 MONTREAL â€” A group of masked protesters marched through the streets of Montreal on Sunday to denounce a curfew that many described as unscientific and harmful to society’s most vulnerable.

The group stretched across several city blocks as they marched through the Plateau Mont-Royal waving signs, chanting anti-curfew slogans and occasionally booing the police who escorted them on bicycles.

Unlike some previous protesters, the ones gathered on Sunday said they supported wearing masks and adopting other health measures to contain the COVID-19 pandemic, but are against the 8 p.m. to 5 a.m. curfew in place in parts of the province.

Scott Weinstein, an intensive care nurse, showed up in scrubs to protest the provincial government’s approach to the pandemic, which he described as “anti-science.”

“Outside is the safest place for people to gather,” he said.

“There is no data to show that any of the covid is being transmitted outside.”

Rather than preventing people from going outside, he said the government should be working to make indoor workplaces safer through better ventilation and protective equipment for staff.

Several others in the crowd argued the curfew disproportionately impacts the most vulnerable, including sex workers and drug users, and opens them up to excessive policing.

Chantal Montmorency, a representative for a group that advocates for the health of drug users, said her group is considering taking legal action to contest the curfew, which she says prevents people from accessing safe injection sites.

“These people are already stigmatized because of consuming drugs, so they’re already victims of profiling,” she said.

Quebec originally imposed an 8 p.m. curfew in early January. It rolled the measure back to 9:30 p.m. in March, but chose to reimpose the earlier start time in some cities in response to rising COVID-19 cases.

Earlier Sunday, Quebec reported 1,344 COVID-19 cases and nine deaths, including two in the past 24 hours.

Hospitalizations in the province declined slightly for the first time since early April, falling by nine to 683.

The number of patients in intensive care units remained stable at 175.

Health Minister Christian Dube highlighted the province’s vaccination effort, which included an average of 66,000 doses per day administered over the last seven days.

The province has been pushing eligible residents to get vaccinated, including by sending trucks with loudspeakers in hard-hit Montreal neighbourhoods  to announce the presence of mobile clinics offering Oxford-AstraZeneca shots to Quebecers 55 and older.

Quebec also announced Friday that it would close its border with Ontario on Monday in order to limit the spread of more contagious virus variants, shortly after Ontario’s premier made a similar announcement.

This report by The Canadian Press was first published April 18, 2021