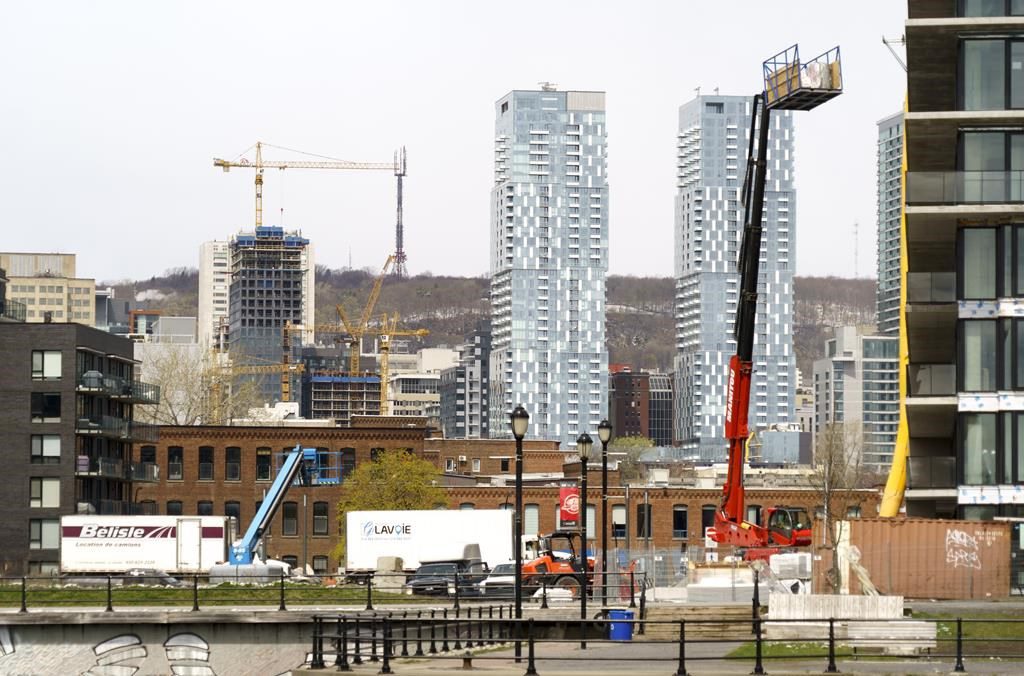 Montreal’s Mount Royal looms both literally and figuratively above its namesake city, with the illuminated cross on its summit visible across much of the island and beyond. That visibility is by design: the city’s master plan states that building heights must be kept below the mountain’s height of 232.5 metres above sea level.

But now a proposal by a mayoral candidate to sweep aside the height limit is spurring a debate that not only reveals competing visions of the city but also raises wider questions about densification, development and the place of skyscrapers in a city better known for low-rise triplexes with whimsical spiral staircases.

The discussion began after Denis Coderre, who is running to regain the seat he lost in 2017, suggested that if Montreal wants to combat urban sprawl and have “a world-class downtown,” it was time to allow developers to build higher than the mountain.

“To reduce the price of housing, we must increase the supply,” Coderre recently wrote on Twitter, adding that available land is in short supply. “That’s why we’re putting forward the idea of building upwards. We have to do it intelligently, with a real consultation with Montrealers.”

In response, current Mayor Valerie Plante submitted a declaration to city council earlier this week promising to maintain height limits that respect the views of Mount Royal and its “emblematic presence in Montreal's identity.”

“The densification of Montreal's downtown must be done in a respectful and planned way, in a way that preserves the importance of Mount Royal and the visual perspectives that allow it to be admired by everyone, not by building towers that will hide our mountain,” she told a city council meeting.

Three experts consulted by The Canadian Press expressed skepticism over Coderre’s suggestion that skyscrapers could be the best way to increase housing density, although they differed on the extent that such buildings would fundamentally alter the city’s character.

David Wachsmuth, an associate professor in McGill’s urban planning department, said “there are many, many better ways to make sure that we’re building enough housing, then to concentrate development to gigantic skyscrapers.”

As proof, he said Montreal is already more densely populated than Toronto and Vancouver, both of which have more highrises.

But while he feels removing the current height limit on buildings is unnecessary, he also doesn’t feel like it would have a big impact on the city, because existing rules already permit tall buildings.

The decision amounts to asking whether Montreal is content to build 50-storey buildings as are now allowed or wants 60-storey ones, he said. “That itself isn’t a very meaningful decision.”

But Taika Baillargeon, the assistant policy director for Heritage Montreal, believes the decision to allow taller highrises would be significant.

“If you allow buildings to be built higher than the mountain and you won’t be able to see the mountain, it won’t be the urban flag that we value today and have for centuries,” she said in a phone interview.

While her organization has nothing against skyscrapers, she said Montreal’s architecture is mostly defined by its historic buildings and vibrant neighbourhood life.

“We think it would be more interesting and more unique to really build on what we already are, and what we already have, than to try to give an identity that isn’t really ours,” she said.

Guillaume Ethier, a professor of urban studies at the Universite du Quebec a Montreal, said Montreal’s entire layout is designed around the mountain, which can be seen from almost any neighbourhood.

“It’s the type of symbol that links us through our windows at night,” he said.

He questioned why the debate would be opened at all at a time when COVID-19 has raised questions about the future of the skyscraper and of downtown cores in general.

All three experts agree that rather than focusing on tall buildings, Montreal should concentrate on filling in vacant lots or old industrial sites across the city with mid-rise “human scale” development, which tends to create neighbourhoods that are more walkable and transit-friendly, they said.

“If you look at the areas where you have really highrise residential housing, they don’t tend to actually be very pleasant areas to go walking, do your shopping, that kind of stuff,” Wachsmuth said.

However, Ethier admits the debate isn’t fully clear cut: while he’s opposed to removing height limits, he says there’s merit to the argument put forward by Coderre’s party that the existing limits could encourage developers to move out of the city centre and build in suburbs with fewer restrictions, furthering urban sprawl.

Ethier and Wachsmuth suggested the debate, in a way, encapsulates the different political styles of Coderre and Plante: his, a love of big projects and a desire to make Montreal shine on the international stage, and hers a more neighbourhood-focused approach.

But while they are taking different approaches, Wachsmuth said the candidates seem to agree on the problem.

“It gets to some big questions, which is about, do we want to intensify and densify the city, and what I think you see a little bit with these parties is there’s actually maybe not that much disagreement about that,” he said.