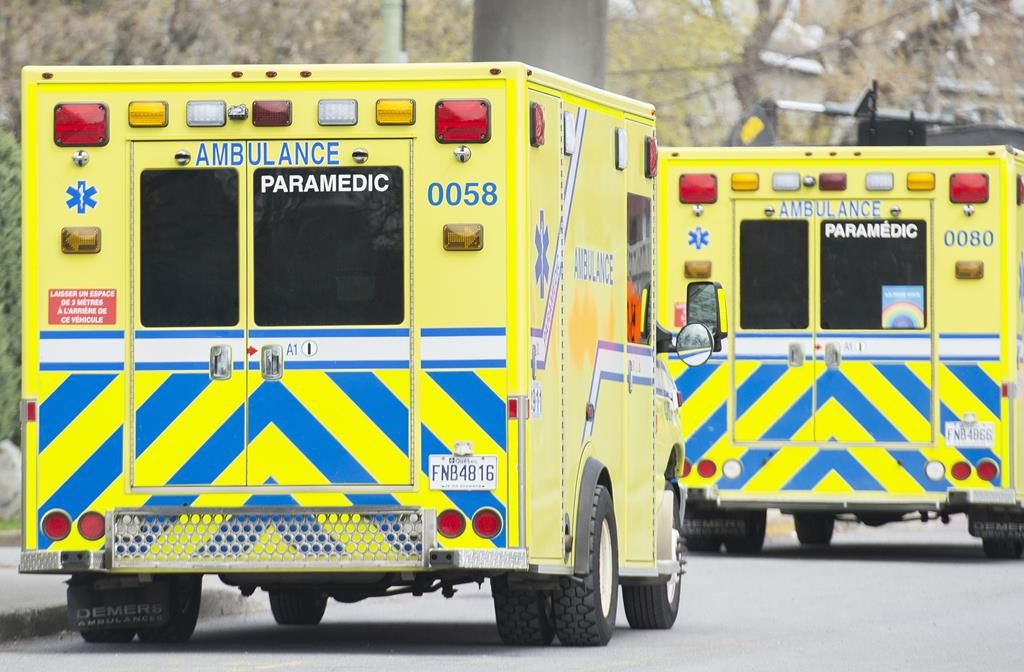 MONTREAL — The union representing ambulance paramedics in the Montreal and Laval areas says just over 1,000 of its members will be on strike as of midnight.

Union spokeswoman Eve-Marie Lacasse says the strike involves mostly administrative tasks, such as billing, and that medical services offered to the public will not be affected.

Lacasse says negotiations have stalled in part because the province’s Treasury Board has not given the employer, Urgences-santé, a mandate to negotiate salary increases.

She said that in addition to a raise, the paramedics are calling for better base salaries and mental health supports.

Quebec Premier Francois Legault said today that it would be unfortunate if a strike were to have an impact on anyone’s health.

He said members of his government would accelerate their discussions with Urgences-santé in order to help the parties reach an agreement as soon as possible.

This report by The Canadian Press was first published June 13, 2021