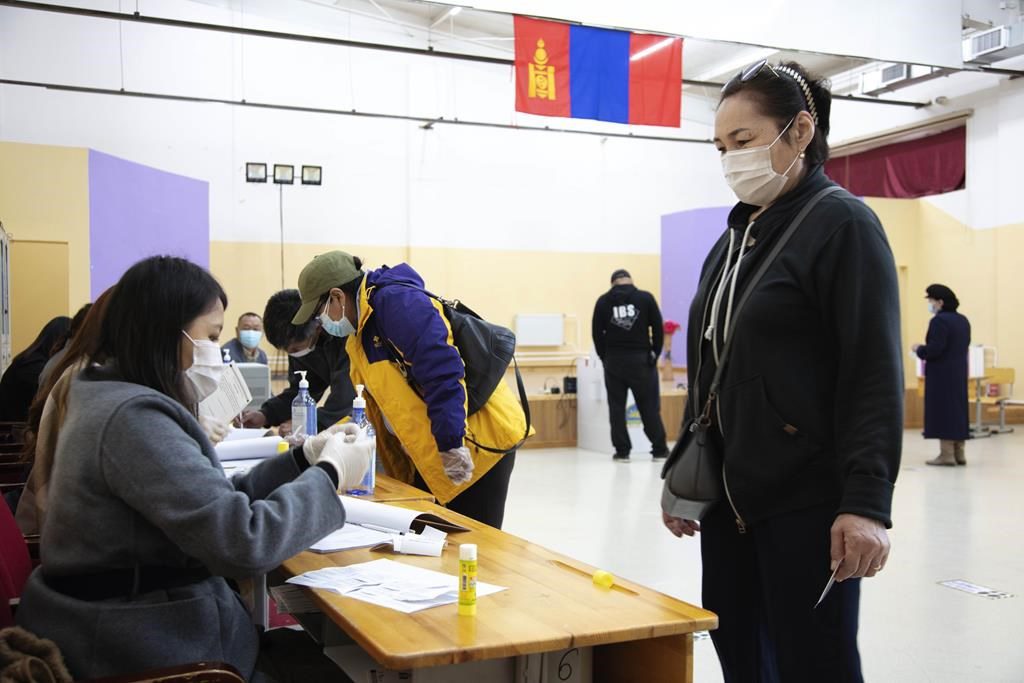 ULAANBAATAR, Mongolia (AP) — Mongolians began voting Wednesday for a new president amid COVID-19 restrictions and efforts to revive the economy of the vast landlocked nation of just 3 million people.

The winner will become Mongolia’s sixth president since the peaceful transition from communism to democracy in 1992. Incumbent Battulga Khaltmaa of the Democratic Party is barred by the constitution from seeking a second six-year term.

Among the candidates, former Prime Minister Ukhnaagiin Khurelsukh of the Mongolian People’s Party, which exercises a strong majority in parliament, has raised concerns about a possible strengthening of the military’s involvement in public affairs due to his background with the armed forces.

The MPP also controls the Cabinet and Khurelsukh’s biggest rival Sodnomzunduin Erdene, of the much-weakened Democratic Party, has warned that the MPP winning the presidency would threaten Mongolia with dictatorship.

The presidency is a largely ceremonial position, although it does include powers over the military and the right to veto legislation in some cases. Power is mainly vested in the parliament, the Cabinet and the office of the Prime Minister.

A total of 2,151,329 voters are registered, according to the General Election Commission. Polls close at 10 p.m. and it’s not clear when a winner will be announced.

Voters are required to observe social distancing, and restrictions on public gatherings have severely curtailed campaign events, prompting candidates to shift much of their outreach to voters online.

Mongolia’s already ailing economy has been thrown into crisis due to the pandemic, with 69,022 cases and 324 deaths reported and the number of new local infections hitting a daily record last week. That has forced the temporary closure of markets and other enterprises in the capital of Ulaanbaatar, to which many in the traditionally herding population have moved in recent years.

Corruption and pandemic-related disruptions in demand for Mongolia’s chief exports such as coal and copper are also dragging on the economy.

Mongolia has strived to maintain its political and economic independence from both Soviet-era patron Moscow — which supplies virtually all of its energy needs — and rising regional power China, which buys more than 90% of Mongolia’s mining exports.