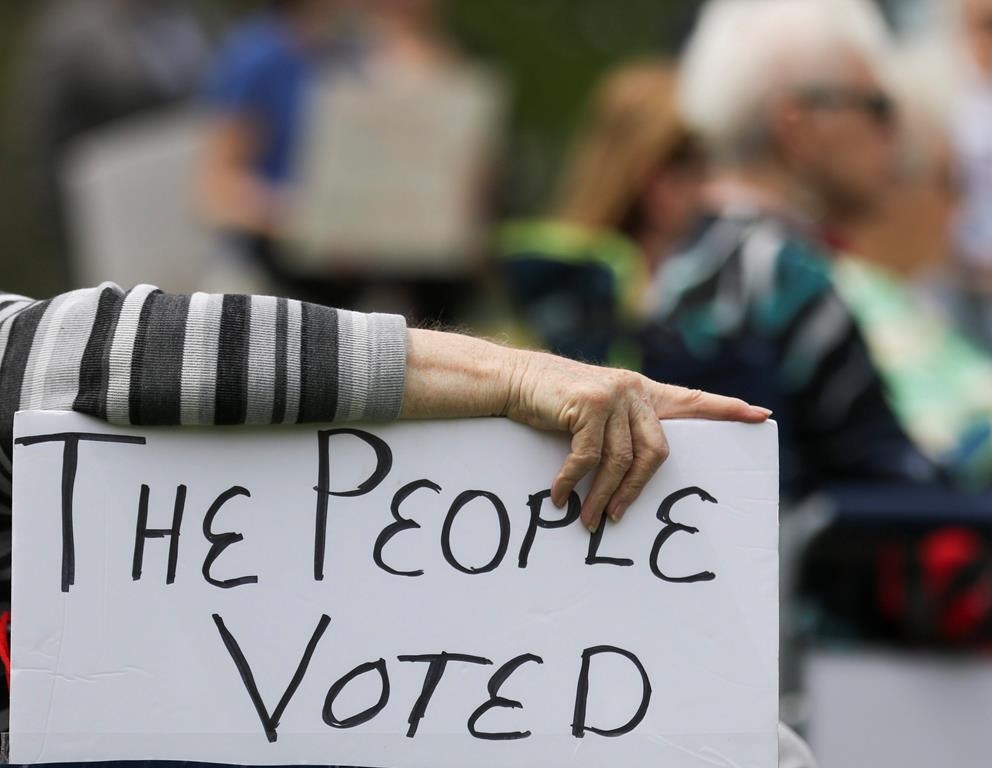 COLUMBIA, Mo. â€” Missouri lawmakers recently shut down attempts to pay for Medicaid expansion, in what is the latest example of a statehouse fighting to undo voter-enacted polices.

Critics argued during a contentious debate in the state Senate on Thursday that voters didn't understand the potential cost of the federal health insurance program. Supporters, including Democrats and some Republicans, said lawmakers were going against the will of voters who amended the Missouri Constitution last year to make thousands more low-income adults eligible for government health insurance.

"The people voted for this. We put it in the Missouri Constitution. That's what they voted to do," Democratic Sen. Jill Schupp said. "Now we have people who took an oath to uphold the constitutions of the United States and the state of Missouri, and here we are with people turning their backs."

It's unclear how the decision will impact access to Medicaid once new eligibility rules take effect in July. Republican Gov. Mike Parson on Thursday tweeted that his administration will assess its options once the budget is finalized. Lawmakers expect a court battle.

Missouri is among 16 states that allow voters to enact policies by putting them on the ballot, according to the National Conference of State Legislatures. South Dakota, Utah, Montana, Arizona and Florida are all states where lawmakers recently sought to undermine voter-approved measures.

In voting against funding Missouri’s Medicaid expansion, the Senate's top budgeter, Republican Dan Hegeman, said: "If the voters had all the information we do, I think they would have made a different decision."

Craig Burnett, a political scientist and direct democracy expert at Hofstra University, said gaps between lawmaker and voter priorities can occur when there's an oversaturation of Democrats in urban areas or due to gerrymandering â€” when legislative districts are drawn to give one party an oversized advantage in elections. He said the conflict is particularly acute when it comes to social issues.

"You only get this kind of mismatch when the legislature is pretty significantly out of step with the average voter," Burnett said.

South Dakota was the first state to adopt direct democracy in 1898. There's been pushback from lawmakers since then.

Recently, voters there legalized medical marijuana, raised the minimum wage and expanded casino gambling. The GOP-led Legislature responded by trying to make it harder to put initiative petitions on the ballot.

In Montana, voters last year approved a recreational marijuana program that sends a significant portion of tax revenues to conservation purposes. But a Republican-backed legislative plan seeks instead to put up to $6 million toward an addiction treatment program before directing a third of what’s left to wildlife habitat, parks and recreational facilities.

After Utah voters passed Medicaid expansion in 2018, conservative lawmakers delayed its full implementation before adding work requirements. In Arizona, Republicans are looking to eliminate about a third of the revenue from a voter-approved tax increase on the wealthy to fund education.

While Florida voters in 2018 overwhelmingly approved a measure allowing most felons to vote once they complete their sentences, the Republican-led Legislature undercut that by requiring them to pay off fines and court costs first.

Missouri’s fight over Medicaid expansion isn't the first time the Legislature and voters have bumped heads over ballot measures in recent years.

Voters in 2018 repealed a law that ended mandatory union dues for non-union members, a longtime goal for Republicans.

After the success of primarily Democratic-backed policies at the polls, Republicans have sought to undo them and make it harder for voters to put issues on the ballot.

Several pending bills would increase the cost to file initiative petitions, require petitioners to go to greater lengths to gather signatures, and raise the vote threshold needed to amend the Missouri Constitution.

“It's very frustrating for all of those voters who voted for this," he said. "The whole point of the initiative petition is actually supposed to be to get around the legislature and enact policies that they're unwilling to do, or maybe they're too politically toxic."