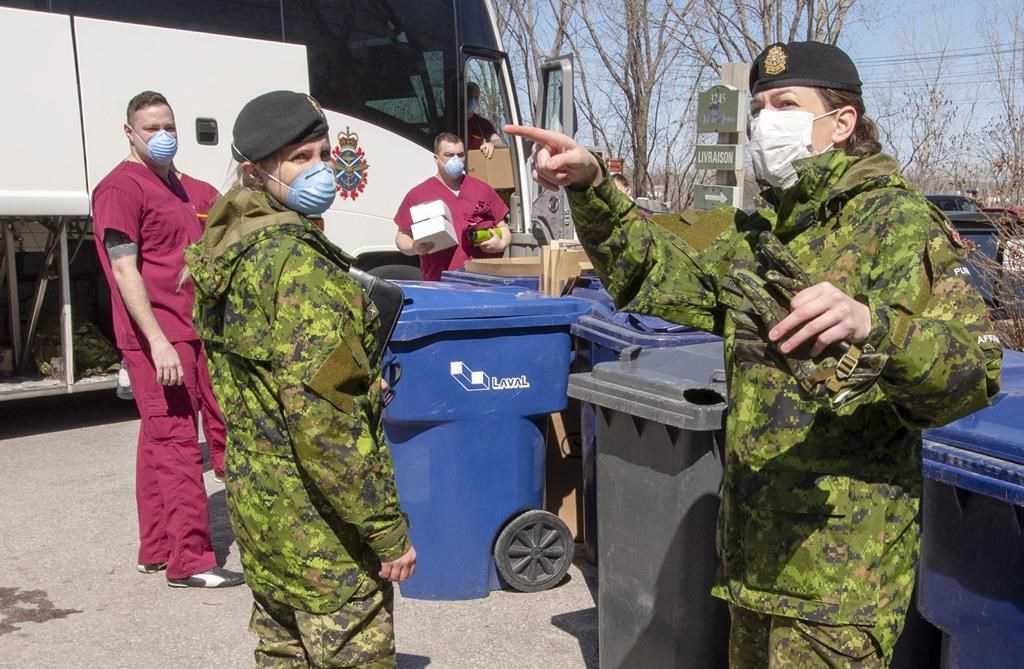 OTTAWA â€” The federal government will announce this afternoon the provision of military medical personnel to help Ontario’s beleaguered health-care system with a third wave of COVID-19.

A senior government official, granted anonymity to discuss matters not yet public, confirmed to The Canadian Press the military will help the struggling province.

The plan involves providing teams of nurses and medical technicians to hospitals and other facilities struggling to keep up with a spike of new infections.

Such teams were deployed into long-term care facilities in Ontario and Quebec last spring as the first wave of COVID-19 swept across the country.

Military aircraft are also being made available to fly medical professionals from other provinces to Ontario to help with the pandemic.

Today’s move follows a formal request for military and Canadian Red Cross assistance by the province.

“We have been working with the federal government to identify health human resources located across various federal agencies who might be suitable for deployment to assist with the critical care surge in Ontario,” said Stephen Warner, spokesman for Ontario Solicitor General Sylvia Jones, in a statement.

“At the conclusion of that process, we have made a request for the assistance of those identified resources, many of whom reside, for example, within the Canadian Armed Forces and Canadian Red Cross organizations. In addition to health human resources, we are requesting logistical and operational support as we seek to augment our response to COVID-19.”

Intergovernmental Affairs Minister Dominic Leblanc first announced last week that the military would fly medical personnel from other provinces and territories to Ontario, and that Ottawa would cover the transportation costs.

Leblanc said at the time that Newfoundland and Labrador, Nova Scotia and Prince Edward Island had indicated a willingness to help Canada’s most populous province.

The Ministry of Health reported that 2,271 people are in hospital with COVID-19, but noted that more than 10 per cent of hospitals did not submit data over the weekend and that number will likely go up when those reports are received.

There are 877 people in intensive care because of the virus and 605 on ventilator.

This report by The Canadian Press was first published Apr. 26, 2021.

â€” with files from Paola Loriggio in Toronto.