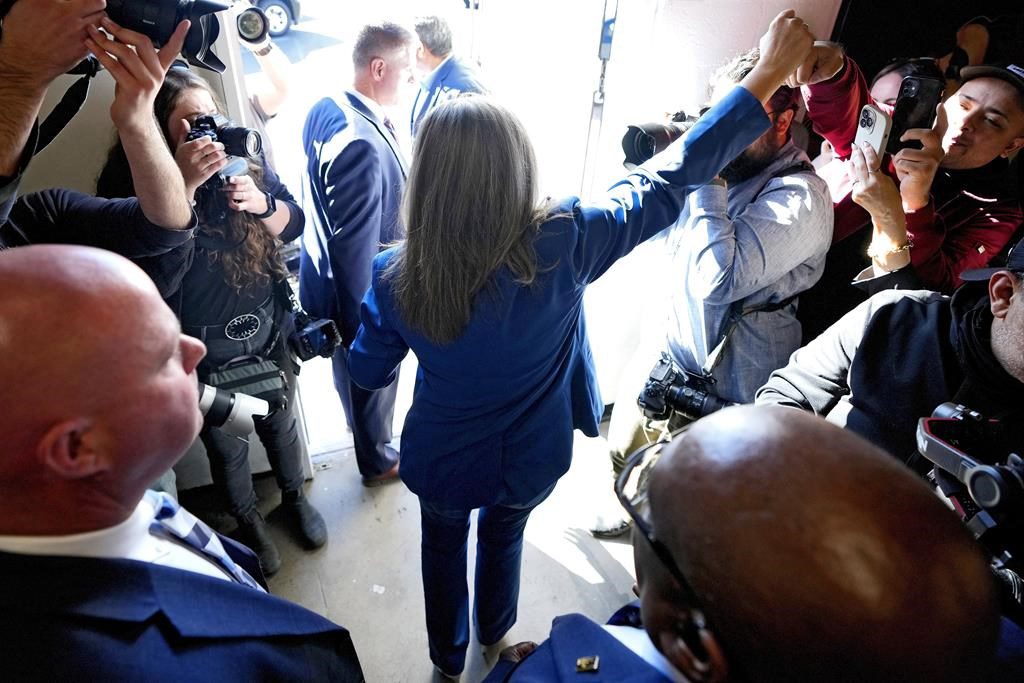 PHOENIX (AP) — Republican Blake Masters called Democratic Sen. Mark Kelly Tuesday to concede in the Arizona Senate race, joining other vanquished Republicans around the country who cast doubt on the 2020 election but still acknowledged their own defeat.

Kari Lake, the Republican candidate for governor, however, had not conceded a day after The Associated Press called the race for Democrat Katie Hobbs.

“There were obviously a lot of problems with this election, but there is no path forward,” Masters wrote in a statement he posted to Twitter. He did not specify the problems, but has previously complained about long lines at polling places and a problem with ballot printers at about a third of the vote centers in Maricopa County, which includes metro Phoenix.

Masters said “Republicans are the underdogs now,” saying he attracted millions in opposition spending by antagonizing Democrats, the media, big tech firms and “woke corporations.” Republicans need to rethink the way they run campaigns, he said.

Democrats now control Arizona’s two U.S. Senate seats and the governor’s office for the first time since 1950. A Democrat was also elected secretary of state this year and the race for attorney general was extremely close.

Republicans who lost their races in other states have generally conceded defeat, including Doug Mastriano, a prominent election denier who lost the race for Pennsylvania governor. But in Arizona, Masters is an exception among the statewide candidates. Mark Finchem, who lost the secretary of state race to Democrat Adrian Fontes, has spent days spreading Q-Anon memes and conspiracy theories alleging the contest was stolen from him.

Lake has said little in public aside from a one sentence tweet Monday night: “Arizonans know BS when they see it.”

Her campaign team and the Arizona Republican Party have pushed people who voted by mail to verify that their ballot was accepted. Mail voters whose ballots get flagged for problems have until the end of Wednesday to resolve the issue. They’ve also been looking to collect testimonials from people who say they faced problems voting in person on election day, which could be used in a lawsuit.

“In this election, Arizonans chose solving our problems over conspiracy theories,” Hobbs told supporters in a victory speech Monday. “We chose sanity over chaos and we chose unity over division. We chose a better Arizona. And we chose democracy.”

But she said the work to safeguard democracy continues. Hobbs built a reputation as a staunch defender of Arizona’s election as former President Donald Trump and his supporters spread false claims of fraud in 2020 and state Senate Republicans oversaw an unprecedented partisan audit of the vote count.

Lake has cast doubt on the 2020 election and refused before the election to commit to accepting the results if she lost.

When she takes office in January, Hobbs will be Arizona’s first Democratic governor since Janet Napolitano resigned to join Barack Obama’s administration in 2009. She will likely work with a Republican-controlled Legislature, and she pledged Monday to keep her door open to members of both parties.

“But for those of you who prefer to obstruct, spread disinformation and continue to pursue an extreme agenda out of touch with this state, take note of the results of this election,” Hobbs said.