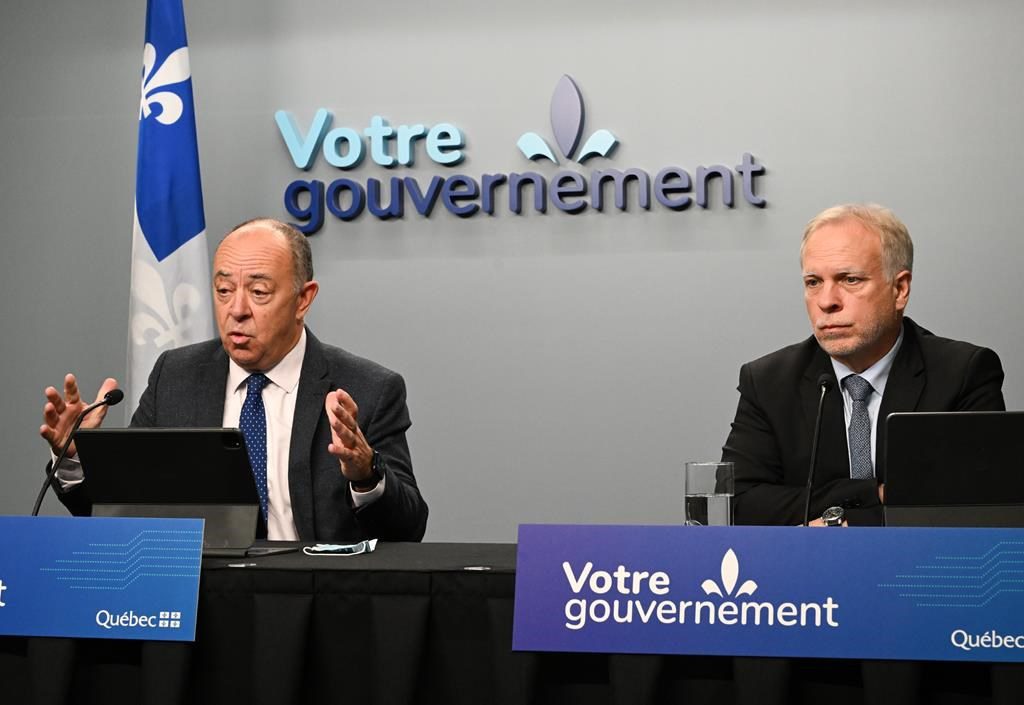 MONTREAL — Quebec health officials are warning that overcrowding in the province’s emergency rooms is likely to worsen in the coming weeks as flu season takes hold.

Boileau says RSV accounts for a significant percentage of pediatric hospitalizations in the province, as more children who weren’t exposed in the last couple of years are getting sick.

He said the start of flu season is lagging behind other places, such as Ontario, but cases will almost certainly rise.

Boileau and Health Minister Christian Dubé are recommending that people wear masks in crowded public places, except for daycares and schools, and follow basic hygiene practices such as handwashing.

Dubé said the province is also moving forward on measures to reduce strain on the hospital system, including opening nurse-run clinics in Montreal and expanding the 811 health-care phone line to allow parents to find a doctor’s appointment for their children.