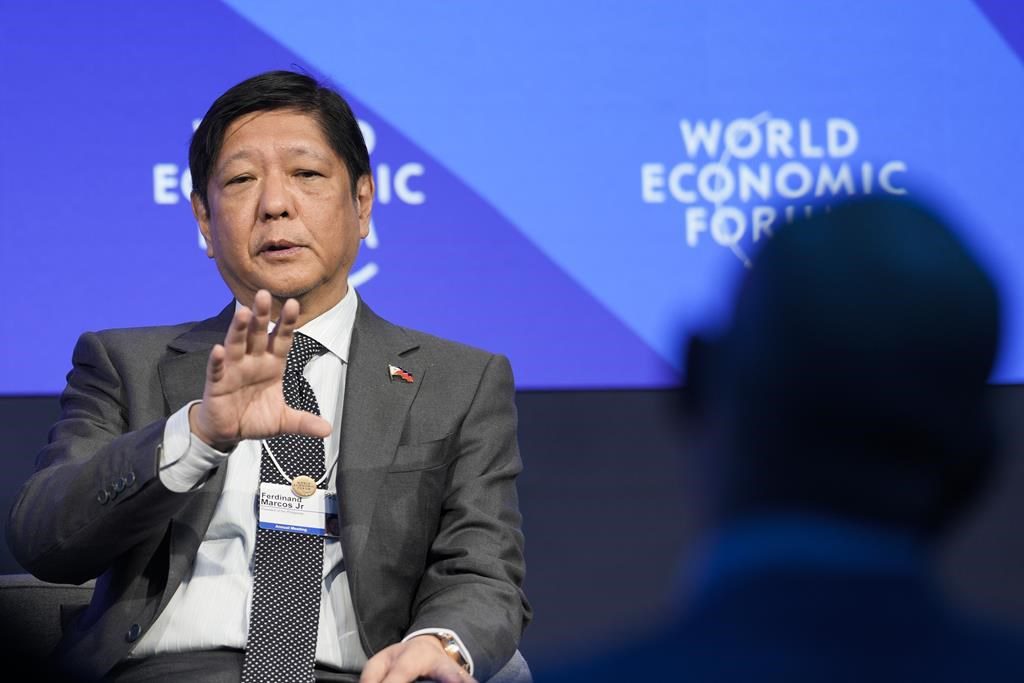 MANILA, Philippines (AP) — Philippine President Ferdinand Marcos Jr. said the long-raging disputes in the South China Sea that involve China, the Philippines and other coastal states have kept him “up at night” and warned that any major confrontation in Asia, similar to the war in Ukraine, would be disastrous to the world.

Marcos spoke Wednesday at a World Economic Forum dialogue in the Swiss Alpine town of Davos, where he was asked about his seven-month-old presidency, his economic strategy and key security worries, including the increasingly tense South China Sea territorial conflicts.

The dispute “keeps you up at night, keeps you up in the day, keeps you up most of the time … It’s very dynamic, it’s constantly in flux so you have to pay attention to it,” Marcos said in response to a question from forum President Borge Brende.

Marcos said there have been calls for the Philippine government to do more to defend its territorial waters but added that a military solution to the conflicts was not an option.

“We have no conflicting claims with China. What we have is China making claims on our territory,” he said.

“Nobody wants to go to war. We don’t. China doesn’t. The United States doesn’t,” Marcos said, adding that “just having the tensions increase in the region already has an effect on trade, on all of the exchanges that we have.”

Asked if he raised the territorial conflicts with his Chinese counterpart, Xi Jinping, in a visit to Beijing earlier this month, Marcos said discussions on the touchy issue were inevitable but acknowledged he did not expect any major resolution.

“When I spoke to President Xi, I prefaced our discussion by saying we are not going to decide here today the issues that are between the Philippines and China in terms of territoriality,” Marcos said.

The Philippine leader added without elaborating that he discussed recent incidents between coast guard and fishing vessels of China and the Philippines in the contested waterway.

The Philippines has filed hundreds of diplomatic protests over China’s increasingly assertive actions in the disputed waters, which Beijing claims virtually in its entirety. Last year alone, Manila sent nearly 200 protest notes to Beijing, including 65 since Marcos Jr. took office in June, according to the Department of Foreign Affairs in Manila.

Aside from China and the Philippines, Vietnam, Malaysia, Taiwan and Brunei have been locked in the disputes in the busy waterway. Tensions intensified after Beijing turned seven disputed reefs into what are now missile-protected island bases to reinforce its claims, alarming the United States and its Asian and Western allies.

“It has become terribly complex and very, very dynamic and requires a good deal of attention,” Marcos said of the long-seething disputes.

The heightened tensions between China and Taiwan, which lie across a sea border from the northern Philippines, have also been a key concern, he said.

“We are at the very front line,” he said. “If something goes wrong here, we are going to suffer.”

Marcos warned that any major conflict in Asia, like what the war in Ukraine has shown, would spark headwinds across the world.

It’s crucial to avoid getting entrapped in major power rivalries like between Washington and Beijing in Asia, he said.

“I don’t work for Beijing, I don’t work for Washington, D.C. I work for the Philippines,” he said. “That really translates into a very simple statement of foreign policy, which is, I promote the national interest.”