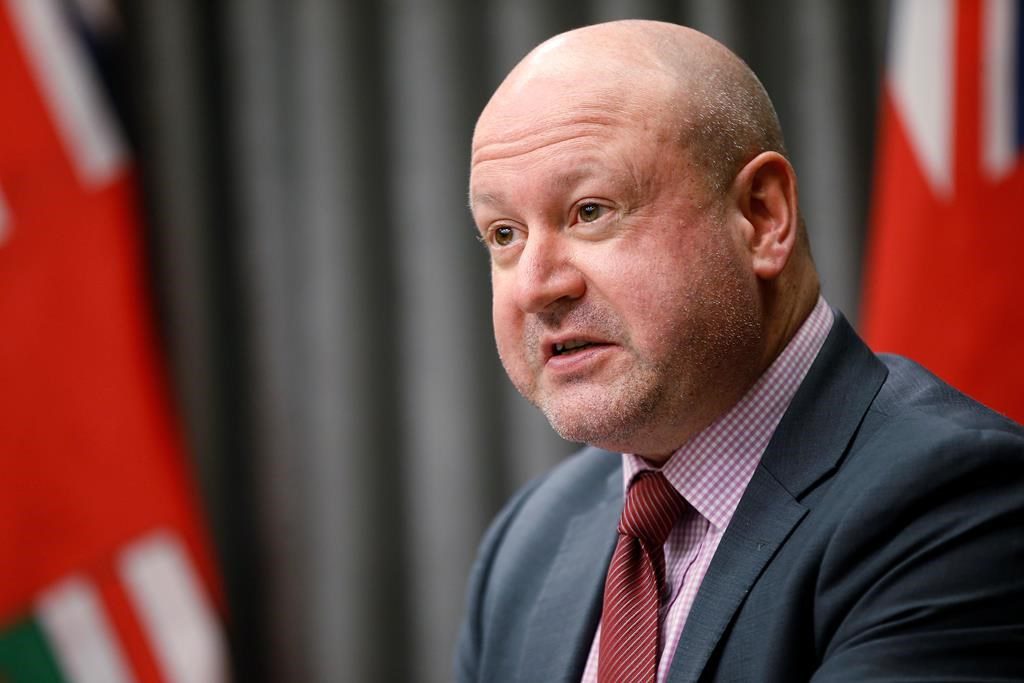 Dr. Brent Roussin, chief public health officer, is hinting the change is being considered for as early as the weekend, when the current round of public health orders is set to expire.

It’s the lowest daily case count in several weeks, although the number of tests has dropped as well.

Roussin says hospitals remain strained, with dozens of intensive care patients sent to other provinces to free up bed space.

He says it’s too soon to make major changes to public health orders, but adds a ban on social gatherings could be eased a little — at least for outdoor get-togethers.

“We’re not in a position to significantly loosen anything right now,” Roussin said Monday.

Manitobans have been under tight restrictions on social gatherings during the pandemic’s third wave. Any get-togethers between people from different households — indoors or out — have been forbidden, although there’s been a limited exemption for people who live alone.

Restaurants can only offer takeout and delivery services. Cinemas, gyms and museums are closed, and students in some areas, including Winnipeg and Brandon, have switched to remote learning.

The restrictions, along with ongoing vaccination efforts, have been credited for helping cut daily case counts from a peak last month of more than 600.

“Because we’ve had a number of days with these low (case) numbers with low testing volumes, it puts a little bit of a grey area in there, but I do think we’re very likely on that down trend of the third wave now,” Roussin said.

Dozens of emergency room doctors in Winnipeg warned that the pandemic’s stress on health care, as well as low staffing levels, has put nurses at risk of burning out and caused some to leave the profession.

“It is a regular occurrence to see a portion of the (emergency department) closed because there are not enough nurses to staff it, or for the nurse-in-charge to be struggling to find enough senior nurses to attend to the next critically ill patient that might arrive.

“This is affecting patient care and should never be acceptable.”

This report by The Canadian Press was first published June 7, 2021