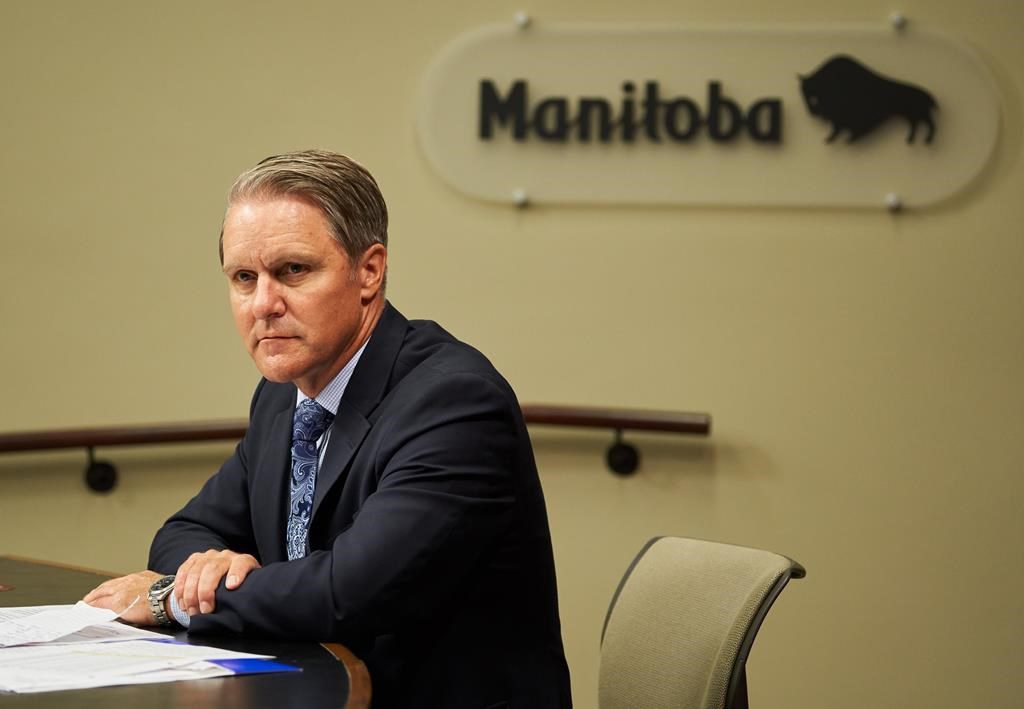 Several hundred people â€” much more than the 10-person maximum for outdoor gatherings â€” gathered Sunday to listen to speakers who denounced public-health orders aimed at slowing the spread of the virus.

Enforcement officers did not stop the event but were collecting video footage and other evidence while keeping a low profile, said Cameron Friesen.

“It was the determination of those individuals who were acting for the province at the time that they would do so without attracting attention to themselves,” he said.

“It’s up to the officers who are at those events to decide how to proceed in a manner that keeps everyone safe.”

Enforcement officers issued two fines on site, said Friesen. One fine was for violating mandatory self-isolation orders when arriving from other provinces and the other was for attending a larger-than-permitted gathering.

More fines are anticipated as the investigation continues and the video footage is reviewed, he said.

The limit on public outdoor gatherings remains at 10, but most social visits inside homes are being banned for the next four weeks. There are also reduced capacity limits in stores, places of worship and dance classes.

Provincial health officials announced 218 new COVID-19 cases and no additional deaths. One earlier case was removed due to data correction for a net increase of 217.

The Opposition New Democrats said enforcement must be stepped up to reduce the spread of infection and to show people the importance of following the rules.

“You can’t ask Manitobans to go into another lockdown … and leave folks out who are breaking those public-health orders and (have) no consequences for these individuals,” NDP justice critic Nahanni Fontaine said.

Scofflaws who break the rules on public gatherings â€” indoors or out â€” can face fines of $1,296. Weekly statistics from the government show 33 such tickets were written in the seven-day period that ended Sunday.