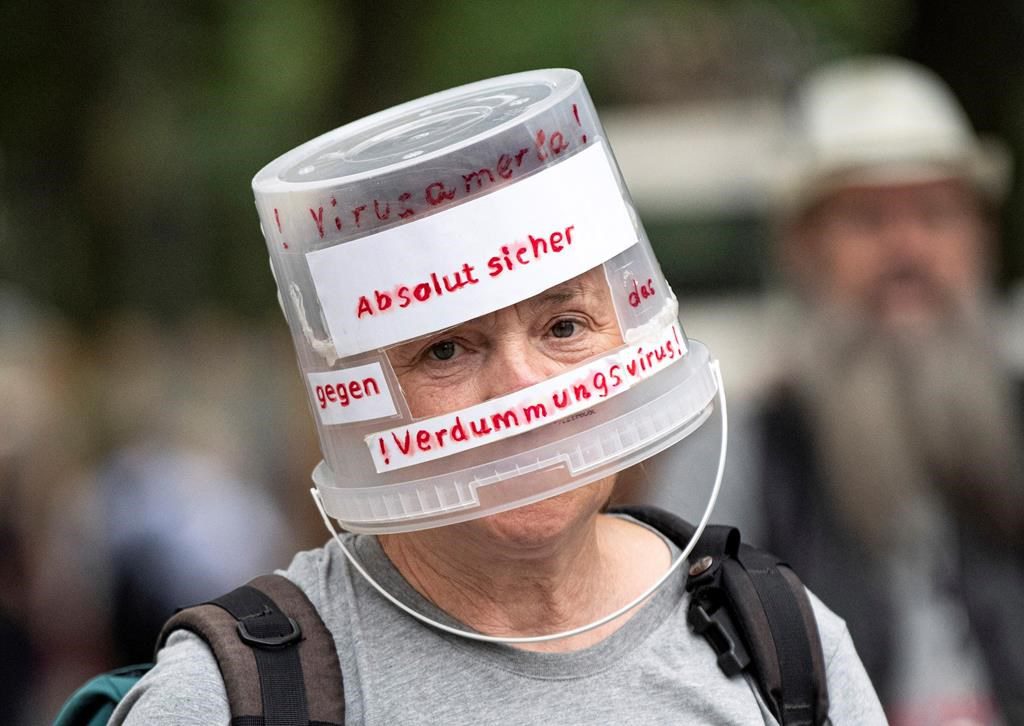 BERLIN (AP) — Berlin police say a 49-year-old man has died after being detained by officers during protests Sunday against the German government’s anti-coronavirus measures.

Police said early Monday that the man had complained of tingling in his arm and chest while officers checked his ID in the capital’s Mitte district, where thousands of protesters had rallied despite an official ban on demonstrations.

Officers provided first aid to the man until an ambulance arrived and took him to the hospital, where he later died, police said.

A routine investigation has been opened into the man’s death.

About 600 people were detained during the demonstrations, which saw outbursts of violence as protesters defied orders to disperse and tried to break through police lines.

A police spokeswoman said authorities were still trying to determine how many protesters and officers were injured during Sunday’s events, which were spread out across a large area.

Germany has relaxed many of the measures imposed during the height of the pandemic, but some requirements to wear masks indoors and present negative COVID-19 tests or certificates of vaccination are still in place.

Follow all AP stories on the global pandemic at https://apnews.com/hub/coronavirus-pandemic.