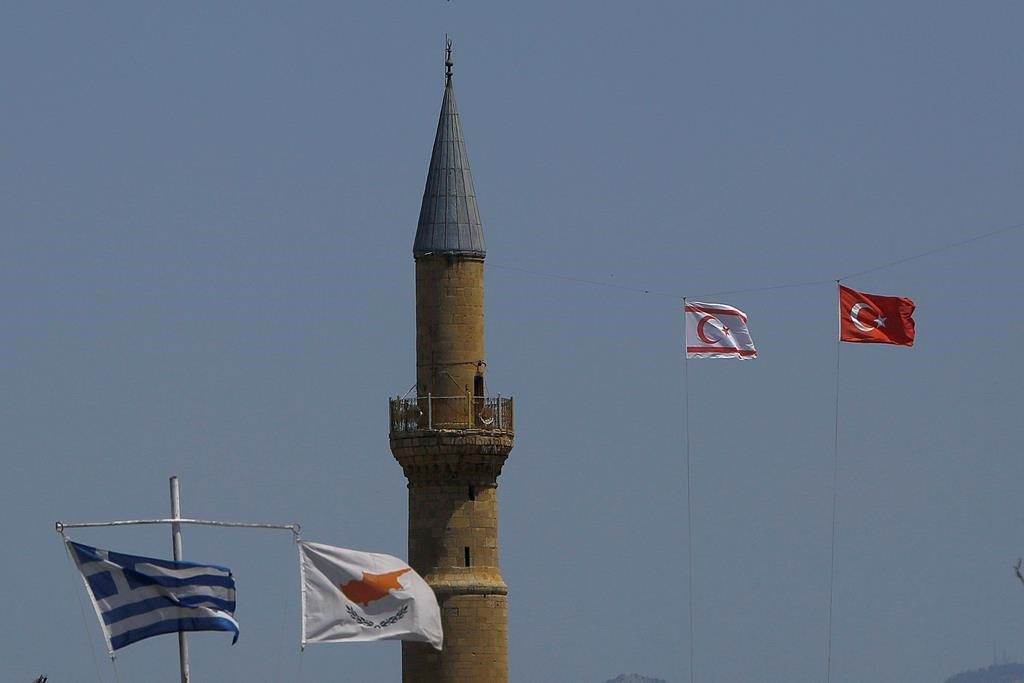 GENEVA â€” U.N. secretary-general Antonio Guterres is "realistic" about the chances of resuming formal talks to reunify ethnically split Cyprus, a U.N. spokesman said on Tuesday, amid low expectations that a fresh bid to reinvigorate dormant negotiations will lead to a breakthrough.

Stephane Dujarric made the comments to reporters ahead of the start of an informal meeting Guterres is hosting in the Swiss city, which brings together the leaders of the Greek Cypriot and Turkish Cypriot communities as well as the foreign ministers of Greece, Turkey and Britain a former colonial ruler in Cyprus.

The aim of the three-day talks is to scope out chances of resuming formal peace negotiations that have been stalled since the last attempt, at another Swiss resort in 2017, ended in failure.

Dujarric appeared to play down expectations of the "informal" meetings and said no press conferences were immediately planned.

"(The) secretary general is realistic. This is an issue that he knows well," Dujarric said. "He has participated in discussions before. So, he is realistic."

The U.N. spokesman had previously urged Greek Cypriot and Turkish Cypriot communities to bring "creativity" to the informal talks. But the mood is dour because the two sides no longer seem to share the same vision of how a final peace deal should take shape.

Over 47 years of talks, the ultimate goal endorsed by the U.N. Security Council had been to reunify a breakaway Turkish Cypriot north and an internationally recognized Greek Cypriot south as a federation â€” two zones running their own affairs with a federal government overseeing the core elements of national governance such as foreign policy and defence.

The island was split along ethnic lines in 1974 when a coup aimed at union with Greece triggered a Turkish invasion.

But now Turkey, and the new Turkish Cypriot leadership that espouses even tighter bonds with Ankara, have changed the rules, dismissing further talks about a federation-based accord as a "waste of time" because nearly five decades of negotiations on that model have gone nowhere.

They're proposing instead essentially a two-state model that Greek Cypriots say they'd never accept because it would legitimize the country's partition forever.

Greek Cypriot President Nicos Anastasiades said as he departed for Geneva on Monday that federation is the only way toward peace.

"I wish that the other side attends with the same will, the same outlook because any deviation won't be only against the Greek Cypriots, but the Turkish Cypriots as well," Anastasiades said.

Speaking after talks with Turkish President Recep Tayyip Erdogan in Ankara on Monday, Turkish Cypriot leader Ersin Tatar repeated that any peace deal must be agreed upon between two separate states and that the U.N. should embrace this.

"Turkey, as a guarantor country, the motherland and the largest and most powerful nation in the region, is only 40 miles from Cyprus. With its rights that stem from history … Turkey stands by the side of the Turkish Cypriots," Tatar said.