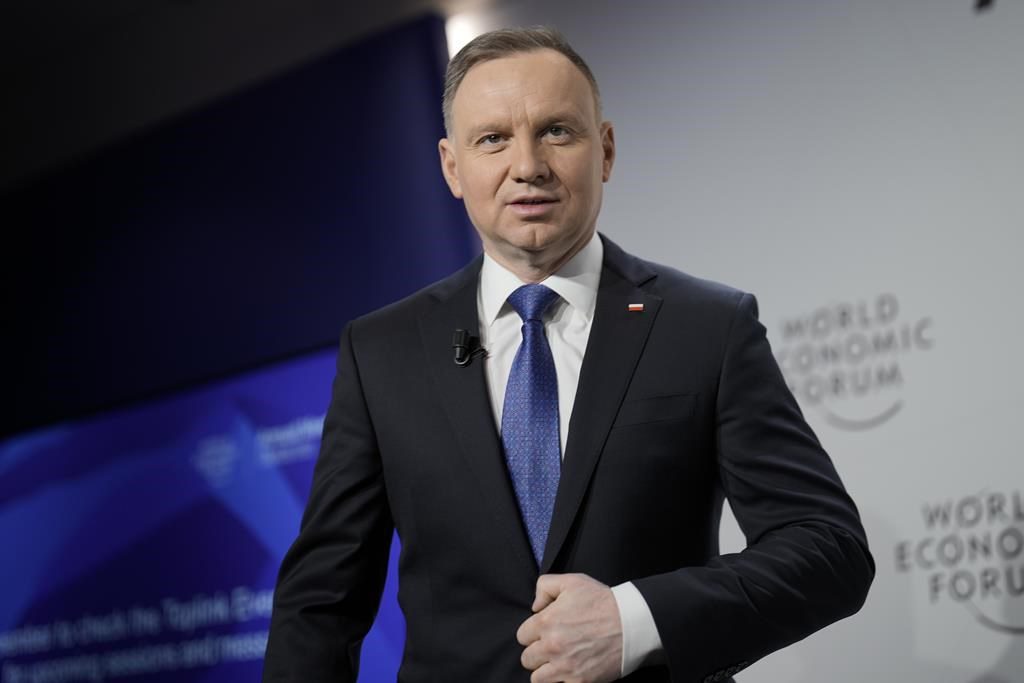 Polish President Andrzej Duda is predicting that the German government will agree one day to send powerful Leopard tanks to Ukraine, citing Germany’s membership in NATO and rising public support for Ukrainians beleaguered by Russia’s war.

His Lithuanian counterpart, Gitanas Nauseda, quickly replied: “I mention that Ukraine will win this war.”

Ukrainian President Volodymyr Zelenskyy have been clamoring for more supplies of Western weaponry like tanks and air defense systems nearly a year into the war.

Duda said it was an “important moment” that NATO members, like Britain have vowed to send modern tanks to Ukraine, which could affect the thinking of Chancellor Olaf Scholz’s government.

Scholz, who is speaking at Davos on Wednesday, has said Germany will “weigh every step carefully” and consult with its allies on further weapons deliveries to Ukraine.

— Business trusted most in a more polarized world, report says