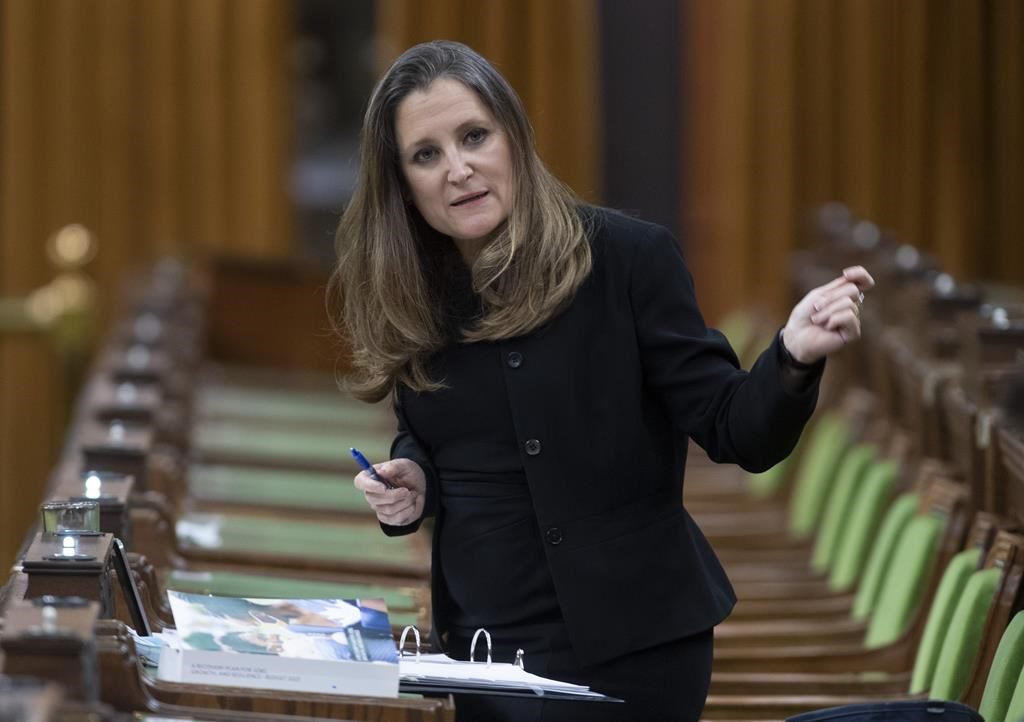 OTTAWA â€” The federal Liberals’ bill to enact parts of their budget includes changes to emergency aid, taxes and a $15 national minimum wage alongside other items such as an election-law amendment.

The change to the Canada Elections Act would specify that it is illegal to “knowingly” make false statements about a candidate or party leader.

There are also provisions in the bill to give the National Research Council a mandate to produce “drugs and devices” to protect or improve Canadians’ health.

Other measures in the bill were supposed to have been in an implementation bill last year, but weren’t when the Liberals eschewed tabling a budget due to the COVID-19 pandemic.

Among those measures are changes to the Social Security Tribunal that adjudicates Canadians’ appeals of rulings on their requests for  employment insurance and Canada Pension Plan benefits.

Another such change is easing access to a benefit for parents of murdered or missing children, and doubling to 104 weeks the leave available to them under the Canada Labour Code.