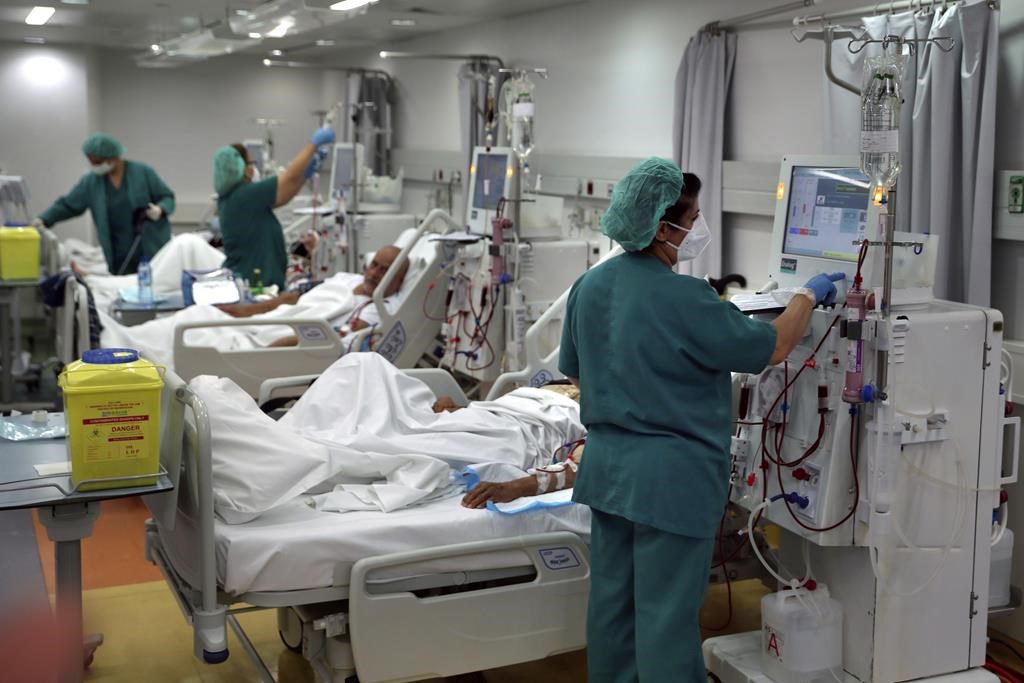 BEIRUT (AP) — Hospitals in Lebanon warned Thursday they may be forced to suspend kidney dialysis next week amid severe shortages in supplies, the latest in Lebanon’s accelerating crises and collapsing health sector.

Lebanon is grappling with an unprecedented economic and financial crisis that has seen the local currency collapse and banks clamp down on withdrawals and money transfers. As the Central Bank’s foreign currency reserves dry up, the country has been witnessing shortages in medicines, fuel and other basic goods, with long lines forming outside petrol stations.

The once-thriving health care system has been among the hardest hit, with some hospitals halting elective surgeries, laboratories running out of test kits and doctors warning in recent days that they may even run out of anesthesia for operations.

On Thursday, doctors said they may be forced to suspend kidney dialysis next, blaming shortages on a dispute between medical importers and the Central Bank over subsidies.

“It is a crime against humanity,” said George Ghanem, chief medical officer at the Lebanese American University Medical Center – Rizk Hospital, reading a statement on behalf of the doctors.

“The hospitals and medical sector cannot continue this way. We are approaching very difficult days where we will no longer be able to receive patients,” he added.

Ghanem appeal to the United Nations and the World Health Organization, urging them to step in by sending aid directly to hospitals or the Red Cross, bypassing the Lebanese government and Central Bank.

The crisis in Lebanon, which is rooted in decades of corruption and mismanagement by an entrenched political class, has driven more than half of the population into poverty, caused the local currency to lose more than 85% of its value. The World Bank on Tuesday said Lebanon’s crisis is one of the worst the world has seen in the past 150 years.

The crisis has worsened considerably because of politicians’ inability to agree on a new government amid colossal challenges the country faces. The Cabinet of outgoing Prime Minister Hassan Diab resigned days after a massive explosion at Beirut’s port last August, and the country has been without a fully functioning government since.

The meltdown, with no end in sight, poses the gravest threat to Lebanon’s stability since the 1975-90 civil war.

“We are headed for a real catastrophe,” said Hala Kilani, the doctor in charge of the dialysis department at the LAUMC-Rizk Hospital. She said medical teams were fighting each day to secure the necessary amounts of filters needed to continue with dialysis and blood tests for patients. Even finding needles to administer blood for dialysis patients, who are usually anemic, is a struggle.

“We have to call one million pharmacies just to find one or two needles,” she told The Associated Press. “This is very dangerous.”

Issam Yassin, a 40-year-old on dialysis, said said he was at a loss for words. “It is very difficult and it will be a catastrophe if it continues.”

Kilani, the doctor, said the current situation was worse than during Lebanon’s 1975-90 civil war.

“We have honestly never reached the situation we are in now,” Kilani said. “If we cannot secure the supplies needed, the patients will die.”