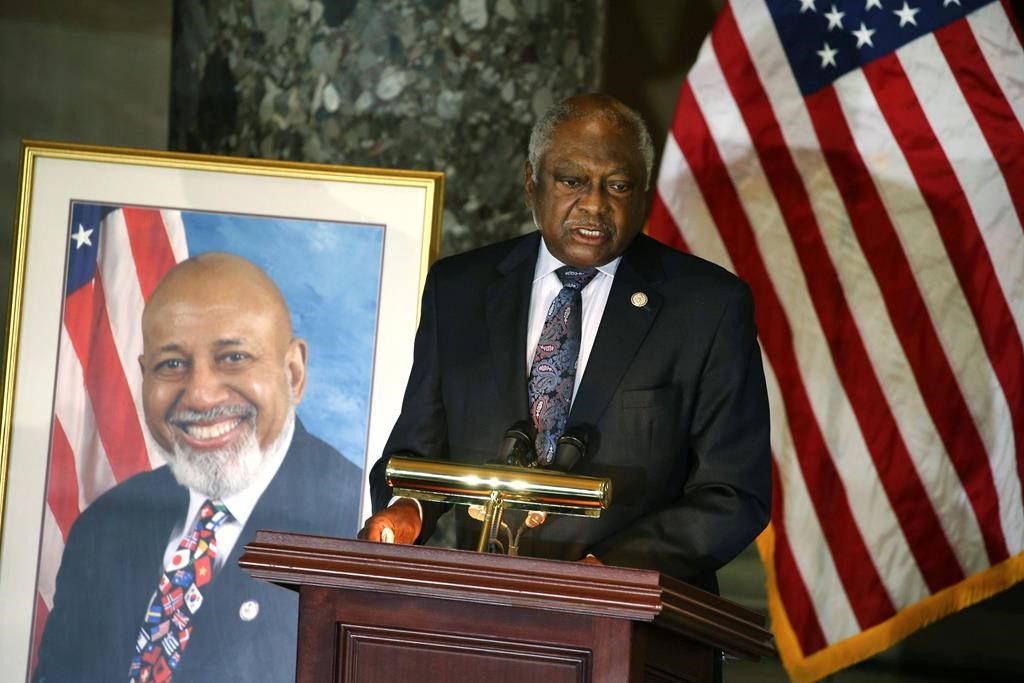 WASHINGTON â€” Congressional leaders and colleagues remembered Rep. Alcee Hastings on Wednesday as a straight-talking, tenacious champion for the disadvantaged who overcame hurdles in his own life to forge a near three-decade career in the House.

In a socially distanced ceremony in the Capitol’s Statuary Hall, a few steps from the House chamber, fellow lawmakers recalled the professional and social bonds they’d formed with the Florida Democrat. Hastings died early this month at 84, two years after revealing he was battling pancreatic cancer.

No. 3 House Democratic leader James Clyburn of South Carolina said he first met Hastings as a college student and called him "the consoler and counsellor, the friend when needed, the foe when appropriate." Clyburn said his late wife, Emily, often received phone calls of solace from Hastings before she died in 2019.

With a photo of a beaming Hastings facing the mourners, lawmakers recalled his trademark colorful socks and ability to be charming yet direct. A soloist sang the last verses of the song "My Way," which House Speaker Nancy Pelosi, D-Calif., said Hastings had asked to be part of the memorial.

Hastings was the son of a maid and a butler who became Florida’s first Black federal judge since Reconstruction.

After a trial in which he was acquitted of bribery charges but a co-defendant was found guilty, a judicial panel accused him of fabricating his defence. He was impeached by the House in 1988 and removed from office in 1989 by the Senate.

Three years later, Hastings was elected to the House from a South Florida district and served until his death. He was known as an advocate for minorities, gays, immigrants, women and the elderly and a defender of Israel.

"He championed the least among us, and he knew what it meant to overcome," said Rep. Debbie Wasserman Schultz of Florida.

Among the dozens of family members and others attending the service was Vice-President Kamala Harris, who did not address the audience.