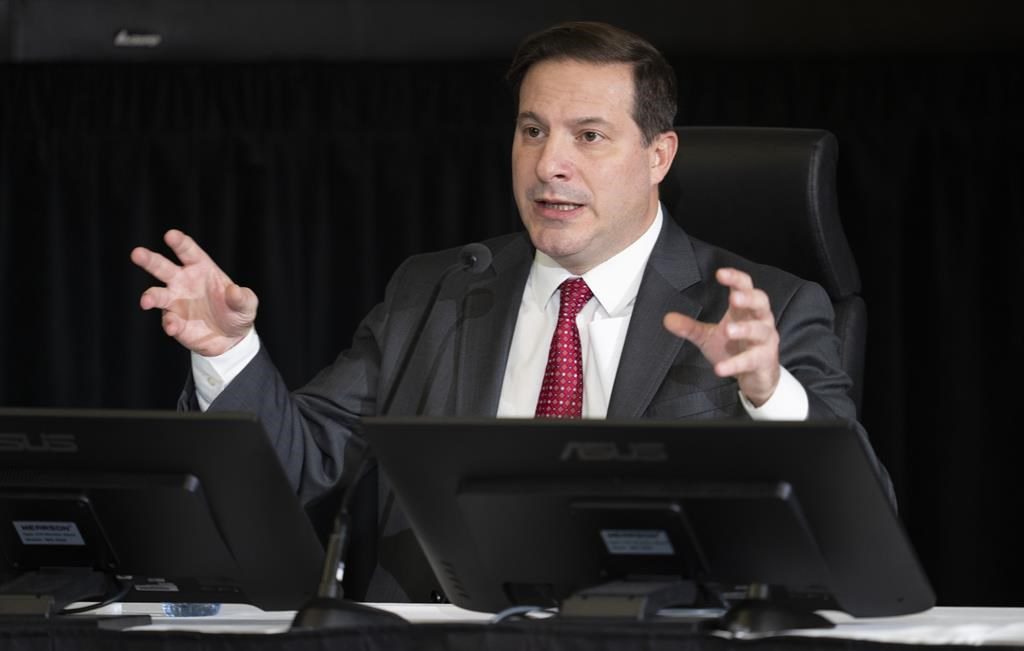 OTTAWA — Several lawyers at the inquiry into the federal government’s use of the Emergencies Act last winter say Ottawa has been too slow to disclose documents and are raising concerns about a lack of transparency.

Thousands of pages of documents have been submitted into evidence at the Public Order Emergency Commission, which is scrutinizing the decision to invoke emergency powers in response to the “Freedom Convoy” protests that blockaded Ottawa streets and several border crossings.

Paul Champ, the lawyer representing Ottawa residents and businesses affected by the demonstrations, says documents from the federal government are coming too late in the process.

Champ says he and other lawyers didn’t receive nearly 200 pages of documents, many of which related to Public Safety Minister Marco Mendicino’s testimony today, until after midnight.

Hundreds more documents are expected to be submitted this week, with other high-profile ministers and Prime Minister Justin Trudeau himself expected to testify.

Documents already submitted into evidence include text messages between ministers and their staff, along with emails, internal police communications, intelligence reports and more.